About the Better Peace Tool

Last week as part of his mediation efforts to end the Syrian war, the UN Special Envoy to Syria announced the formation of a 12-person advisory group comprising stellar Syrian women civil society activists representing a cross section of Syrian society. The group sets an important precedence as it brings the voices and perspectives of non-state unarmed actors who have a track record in seeking peaceful solutions to the horrendous war into the realm of formal peacemaking efforts. They won’t have a seat at the proverbial peacetable; at least not yet. But by virtue of establishing the group and appointing these women, the UN and wider international community are finally moving beyond rhetoric to making the inclusion of women a reality. While the warring parties may reject the inclusion of such people in the peace talks, the international community is signaling that Syrian civil society has every right to be part of the processes that could shape their nation’s future, as well as their own.

These developments did not come out of the blue. It’s been 15 years since women-led peace organizations globally broke down the tall walls of the Security Council and demanded recognition of their peacemaking efforts and the right to directly engage in decision making to prevent and end wars, and bring peace. For good reason: since the 1990s the proliferation of actors and the growing complexity of contemporary wars has demanded new approaches to their prevention and resolution. Traditional approaches to conflict resolution aren’t working – 90% of conflicts occur in countries already affected by war, according to the World Bank. Meanwhile research conducted across conflict zones globally over the past 15 years has demonstrated a) how the inclusion of civil society in peacemaking can reduce the chance of failure by over 50%; and b) how women’s groups make significant contributions when present. But despite the rhetoric and policies (8 Security Council resolutions no less), women still face greater barriers to inclusion than others. Too often the international actors that claim support for women’s inclusion, are the first to say ‘we don’t know how to do it.”

As a means of closing the gap between rhetoric and reality, in 2015, marking the 15th anniversary of the UN Security Council’s 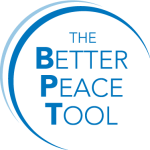 adoption of resolution 1325, the International Civil Society Action Network (ICAN) launched the Better Peace Tool (BPT). It is a passport (pocket) size booklet in three parts, with a focus on the ‘how to’ of inclusion.

Part 1 traces the history and evolution of peacemaking in modern times, demonstrating how international peacemaking has evolved to match the new realities in warfare and situates the case for women’s inclusion in this trajectory of diplomacy.

Part 2 provides practical solutions and examples of precedence to the six most common barriers to inclusion, notably:

Part 3 provides a four-part framework (see summary box) and actions within each for the effective inclusion of women peacebuilders and gender perspectives in all stages and phases of mediation. It can be used to design inclusive processes and to monitor existing efforts.

Inclusion of civil society in peacemaking is nothing short of a significant paradigm shift in the ancient business of diplomacy and peacemaking. It is necessary and urgent given the internal and transnational conflicts we witness today. Regardless of the military actions taken, we see clearly that for peace to be sustainable process development must be societal in nature, not just limited to exclusive political and military actors. So in the case of Syria, the new Advisory Group is not only making history for Syrian women, but also setting a new precedence in international action. The BPT’s four-part framework can help them determine the strategies needed to ensure greater inclusivity and to monitor the support they receive from the international community, to assist them in their extraordinary task. The road ahead is long and the pitfalls are many. But they are heading in the right direction.

Tool Development and Next Steps: The tool was developed through a consultative process with input from UN, government representatives, and national and international civil society practitioners and mediation experts working across war zones globally. Since its launch in October 2015 governments, multilateral organizations, and civil society have sought out the tool. In February 2016 the Norwegian Ministry of Foreign Affairs integrated it into their internal guidance on implementation of the Women, Peace and Security Agenda. The Carter Center, among others, has endorsed it, and the African Union has requested translations in Portuguese and French.

Responding to demand, ICAN has also commissioned translations into Spanish, Portuguese, Russian, Urdu, Farsi, Tamil, Sinhalese, and Thai that will be available in the first half of 2016. Animated short videos, training tools, and training sessions will also be available. The second phase of the initiative is also underway with guidance being developed on critical thematic issues that are pertinent to peace and mediation processes.