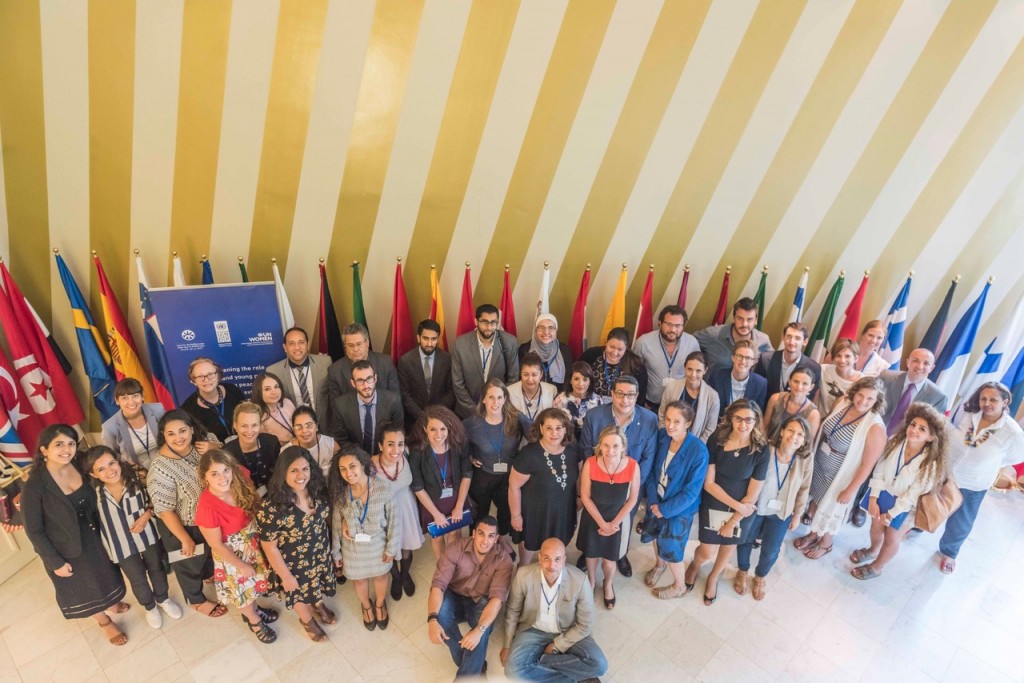 On July 18th and 19th, Women’s Alliance for Security Leadership (WASL) member Amel Grami, Tunisian professor and specialist in gender, religion and security, and Melinda Holmes, ICAN’s Senior Advisor and Program Manager for WASL, participated in an expert meeting convened in Barcelona, Spain by UNDP, UN Women and the Union for the Mediterranean.

Over the two days representatives from international organizations and civil society discussed the gendered dynamics of violent extremism. While panelist presentations focused on understanding the increasingly visible phenomenon of women’s radicalization in the region, participants agreed that the role of women in preventing and responding to extremist violence is important and should not be limited to working with women. In fact, women are leading on approaches to addressing rehabilitation and reintegration of former fighters and their families, along with responding to the specific needs of victims of sexual and gender-based violence perpetrated by extremist groups. Reflecting on the reaction of Tunisians to the challenge of returning foreign fighters, Amel Grami remarked that “how we deal with returnees reveals something important that we need to know about ourselves and our societies, it is a test of our resilience and whether we are able to live our professed values”.

The meeting aimed to produce recommendations for further collaboration in the region among governments, and between multilateral organizations and civil society, including researchers and peacebuilding practitioners. The discussion revealed that returning fighters, migration and the backlash against pluralism should be taken on as critical issues that unite this region spanning North Africa and Europe and are closely linked to violent extremism. Participants highlighted how rising anti-immigrant sentiment and Islamophobia are fueling public discourse across Europe in ways that parallel the exclusionary rhetoric of so-called Islamist extremists and have led to a rise in xenophobic or right-wing extremist violence and hate crimes. The security and humanitarian challenge posed by the prevalence of human trafficking and associated emboldening of transnational criminal networks is also shared and should be addressed regionally.

Women-led and youth-led organizations are already engaged in efforts to create a positive alternative vision for society that fill the void of hope and dignity left across the region in the wake of the Arab revolutions and economic austerity in Europe. It was clear from these two days of exchange that in addition to preserving the safe civic space for them to operate, the challenge is for international multilateral and non-governmental organizations to learn how to identify and support women and youth-led organizations without co-opting their work or watering down their agendas. Elevating the work of independent women peace practitioners and activists in the region by engaging existing networks such as WASL is an important way to access the indigenous, gendered knowledge and expertise participants agreed is vital to preventing violent extremism across the Euro-Mediterranean region.