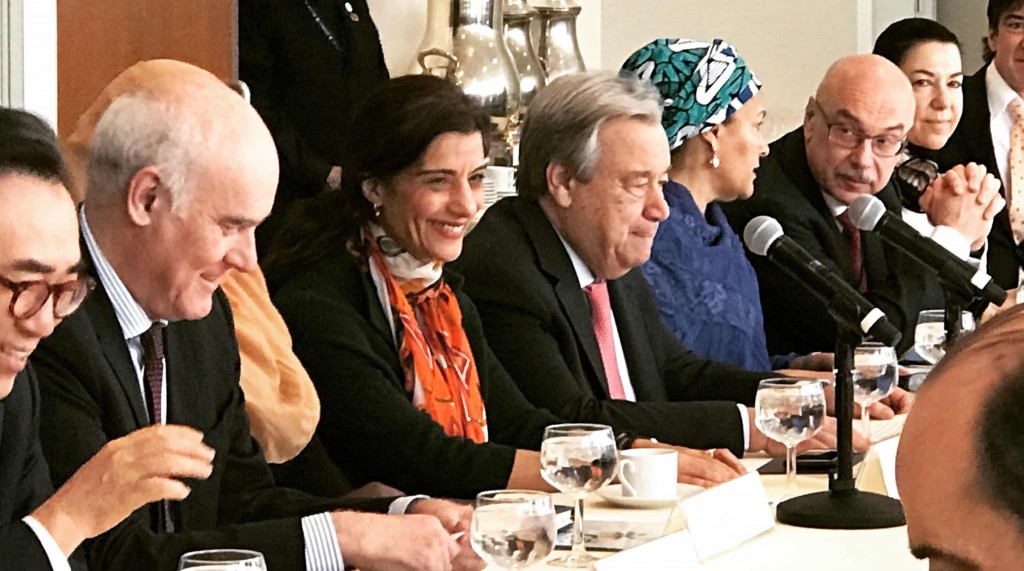 On Friday, March 1st 2019, Sanam Naraghi Andelini, Founder and Executive Director of ICAN, and WASL member Halima Mohamed, Executive Director of the Coast Education Centre (COEC) in Kenya, were the featured speakers during a high level meeting at the United Nations convened by the governments of Norway and Jordan as co-chairs of the Group of Friends for Preventing Violent Extremism. “Global Leadership, Local Partnerships Women’s Leadership and Gender Perspectives on Preventing Violent Extremism,” which was attended by the Secretary-General António Guterres and more than twenty Permanent Representatives of Member States, focused on the progress and continued obstacles pertaining to gender responsiveness and the inclusion of women’s organizations in prevention and response efforts.

The Norwegian Minister of Foreign Affairs, Ine Marie Eriksen Søreide, opened the event stating that respect for human rights and the role of civil society is essential to prevent violent extremism. The Permanent Representative of Jordan, Sima Sami I. Bahous, also observed that it is often gender inequality and sexual and gender-based violence that leads women to join violent extremist groups, and “it is our responsibility to ensure they do not return to another void.”

Secretary-General Guterres spoke and concurred that structural inequalities are exploited by violent extremist groups. There must be accountability, and women’s voices provide alternative narratives to violent extremism. Reflecting on gender inequality, he said, “There is an essential question of power in a male dominated culture; power is not given, it’s taken.”

In her remarks, Ms. Naraghi Anderlini described how violent extremist groups co-opt the empowerment agenda and coerce women because they understand their value. “These movements have realized that if they tap into women’s aspirations and grievances, into women’s need to have purpose and belonging, to have respect, to have a livelihood, to feel empowered and be heard, they can get women, of all ages, but especially the young, to join.” The movements have delivered results to women and girls who are invisible in the eyes of their societies and states.

Women have been the first to warn of violent extremism, but their efforts have been framed as cultural, not security issues. The Women’s Alliance for Security Leadership (WASL) is locally rooted and globally connected. Its members challenge the prevention and countering violent extremism framing because they articulate a pluralistic vision of equality, belonging, alternative religious narratives, and work through non-violence.

Civil society at the local level is important because they have the trust and access which others don’t. We need to think of them as allies, not adversaries, because they are the bridge to communities who no longer trust institutions. However, “my partners are threatened daily by their governments and violent extremist groups,” said Ms. Naraghi Anderlini. She concluded with the values of peace, resilience, equality, and pluralism (PREP), urging member states to recommit themselves to non-violence, enable people to have livelihood support, and cultivate a sense of belonging. 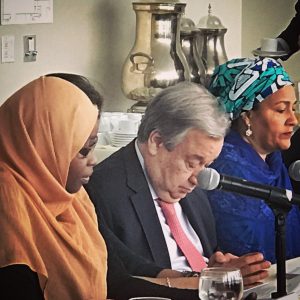 WASL member, Halima Mohamed then shared the story of how she established the Coast Education Centre (COEC), a non-governmental organization based at the coast of Kenya, in 2009, with a project on women against violent extremism. While women are often the first to observe early warning signs of violent extremism at home, they need the knowledge and skill to intervene. Since 2016, she has worked with 200 women whose husbands and sons have left to join Al Shabaab, leaving them economically vulnerable and susceptible to joining violent extremist groups. COEC’s Counseling Rapid Unit Team provides psychosocial support, with the use of a handbook they developed on trauma healing in violent extremism. In addition, they link women with micro finance institutions for economic support.

When the government of Kenya launched their national strategy to counter violent extremism (CVE) in September 2016, the COEC mobilized to convene region wide consultations with 100 women in six coastal counties. “Women’s contributions to building resilience in communities vulnerable to radicalization are paramount, as women form the backbone of families and communities,” said Ms. Mohamed.

With the support of ICAN’s Innovative Peace Fund, the COEC created the Coast Women’s CVE Charter, which was presented to the government in October 2018. They recommended, for example, that the government of Kenya:

The government of Kenya has introduced partnership and coordination between civil society organizations and relevant ministries including county governments on matters of security and human rights. “Civil society can engage effectively with governments to foster transparency and accountability and deepening knowledge” to curb violent extremism and security risks. Ms. Mohamed recommends for the UN missions and governments to provide policy frameworks for the safety and security of peace builders and a framework for engagement with returnees.

“My community, my country, like many others has challenges with resolving violent extremism – but we also have the solutions – and commitment – because those affected are our family members, neighbours, our own friends and communities.”

Twelve permanent representatives to member states and UN representatives commented in response including Asako Okai from UNDP. She reiterated UNDP’s commitment to incorporate “gender sensitivity into national action plans; adopting a whole of society approach; and holding consultations between different stakeholders at all levels.” Likewise, the government of Kenya valued Ms. Mohamed’s remarks, stating that local and national partnerships are important and “local community ownership of national action plans are crucial.”