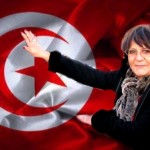 Since the Arab Spring, Islamists have attempted to walk back women’s legal rights in Tunisia.  Yet, women’s organizations and civil society groups have successfully pushed back against these forces, and even achieved ground-breaking, gender equality laws for women in several important areas.

Tunisian women were able to secure an electoral law that requires gender parity in candidate lists submitted by all political parties, a first in the Arab world.

Tunisia has a history of progressive policies and feminist activism.   President Habib Bourguiba (1956-2087) viewed the emancipation of women as a requirement for the development of his country. In 1956, he promulgated the Code of Personal Status (CPS), which remains unique in the Arab World. In spite of religious leaders’ opposition, President Bourguiba abolished polygamy, early and forced marriages, repudiation, and declared equality for women and men to have education and work. President Bourguiba and his successor, Zine el Abidine Ben Ali (1987-2011), ushered in state-supported feminism in Tunisia.  Beginning in the 1970’s, two women’s organizations were formed to address remaining forms of gender discrimination in the country: the Tunisian Association of Democratic Women (ATFD) and the Association of Tunisian Women for Research and Development (AFTURD). Today, ATFD and AFTURD continue to work ceaselessly to strengthen women’s rights and eradicate all forms of gender discrimination.

In recent years, a violent jihadist Islamist movement in Tunisia that is supported by oil-rich powers has launched an assault on women’s rights.  This movement promotes regressive policies such as the requirement for women to wear a hijab (or niqab), prohibitions against women in the workforce, and the re-establishment of polygamy.  Islamists have waged a legislative war on women’s equality, attempting to introduce Shari’a into the law.  One of the targets of this campaign is CEDAW – the Convention on the Elimination of all forms of Discrimination Against Women.

Tunisia signed CEDAW in 1980 but did not ratify CEDAW until 1985, the same year as Egypt, and did so with some reservations. For example, reservations were made to CEDAW provisions guaranteeing the right to pass nationality to children; equal rights in marriage and divorce; guardianship and adoption of children, and equal property rights.  Tunisia also made a more general reservation that it would not enact any laws that violate Article I of the Constitution (maintained in the 2014 Constitution) that states: “Tunisia is a free, independent, sovereign state; its religion is Islam, its language Arabic, and its system the Republic.”

Tunisia’s women have actively pressed to have the reservations lifted.  In August 2011, after women’s groups led a sit-in near the Prime Ministry, the Ministers’ Council adopted a law that lifted the specific reservations on CEDAW clauses (however, the general reservation based on Article I of the Constitution was retained, opening up potential challenges from Islamists). Tunisia was the first country in the Middle East/North Africa region to remove specific reservations on CEDAW.  Islamists have focused on this issue and launched a campaign against Tunisia’s compliance with CEDAW. In February 2014, Islamists introduced a bill that would cancel the lifting of the reservations on CEDAW, claiming that the treaty is against Islam and Muslim identity.

Women’s organizations have won a number of victories against these efforts.  Before the first democratic elections in October 2011, Tunisian women were able to secure an electoral law that requires gender parity in candidate lists submitted by all political parties, a first in the Arab world. However, conservative forces have continued to challenge women’s equal rights.  Islamists in the Constituent Assembly advocated for a “complementary” clause instead of equality provision in the new Constitution. Civil society reacted immediately against this proposal. After months of negotiations, they prevailed.

In January 2014, Tunisia adopted a new Constitution that ensured equality for women and men.  Article 20 states: “All citizens, male and female alike, have equal rights and duties, and are equal before the law without any discrimination. The state guarantees to citizens, male and female, individual and collective rights, and provides them with conditions for a dignified life.” Although the struggle against Islamic forces that seek to backtrack women’s equality is surely not over, the women’s groups in Tunisia have demonstrated that they are up for the fight.

Khadija Arfaoui is a Tunisian freelance researcher in women and human rights. She has an M. Phil. (George Washington University) and a Doctorate at (Faculty of Arts and Humanities of Manouba in Tunis) in American and Women’s Studies. She taught at the Higher Institute of Languages of Tunis and Manouba University until her retirement. Before that, she was vice-principal and principal of secondary schools in the Tunis area.