ICAN, UNESCO and the Global Hope Coalition in a joint action meeting on “Women, Children and the Trauma of Extremism” 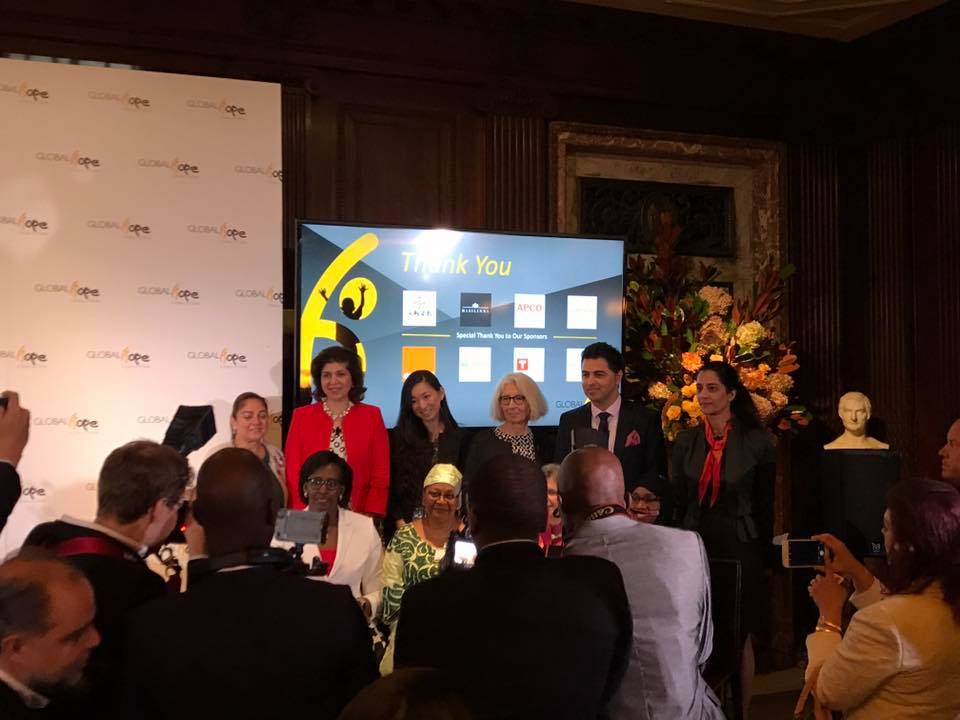 ICAN, UNESCO and the Global Hope Coalition in a joint action meeting

On September 18th, Ms. Sanam Naraghi Anderlini joined the First Lady of Mali, the First Lady of Rwanda and other distinguished global leaders for a panel on “Women, Children and the Trauma of Extremism” hosted by Irina Bokova, Director-General of the UNESCO, and the Leadership Board of the Global Hope Coalition.

The rise of terrorism and violent extremism around the world has exposed thousands of women and children to traumatic and often life-threatening situations. Whether these victims are living in territories held by radical extremists, such as in Mosul and Raqqa, are fleeing internal conflict such as in Libya, Syria, Iraq, and Yemen, or are exposed directly or indirectly to the impact of terror attacks, such as in Paris, London, Istanbul, Manchester, Tunis, and Boston, the long-term effects on emotional well-being and positive growth and development can be devastating.

During the panel, Ms. Anderlini highlighted the efforts of women affected by extremism to create a positive alternative vision for their societies through community reconciliation, rehabilitation, dialogue, and civic education, among other strategies. The First Lady of Mali, Mrs. Kéïta Aminata Maïga emphasized the importance for PVE of educational initiatives that enhance cultural pluralism. Stressing on women’s role in preventing violent extremism, former State Department representative to Muslim communities, Farah Pandith added that “States need to invest in women’s PVE efforts by listening to what they say they need.”

Additional highlights from the panel include Hafsat Mohammed from Nigeria who pointed out that “Trauma is the main cause of young people joining extremist groups.” Mohammed advocates for more investment in healing for those affected. Alexander Chen, a specialist in childhood trauma who works with victims of extremism urged the international community to “Give real hope, open the borders, advocate for a different future for these children.” Finally, Mrs. Jeannette Kagame, First Lady of Rwanda urged everyone to take the case as a warning of what happens when we allow extremism to grow.