She Builds Peace in Morocco 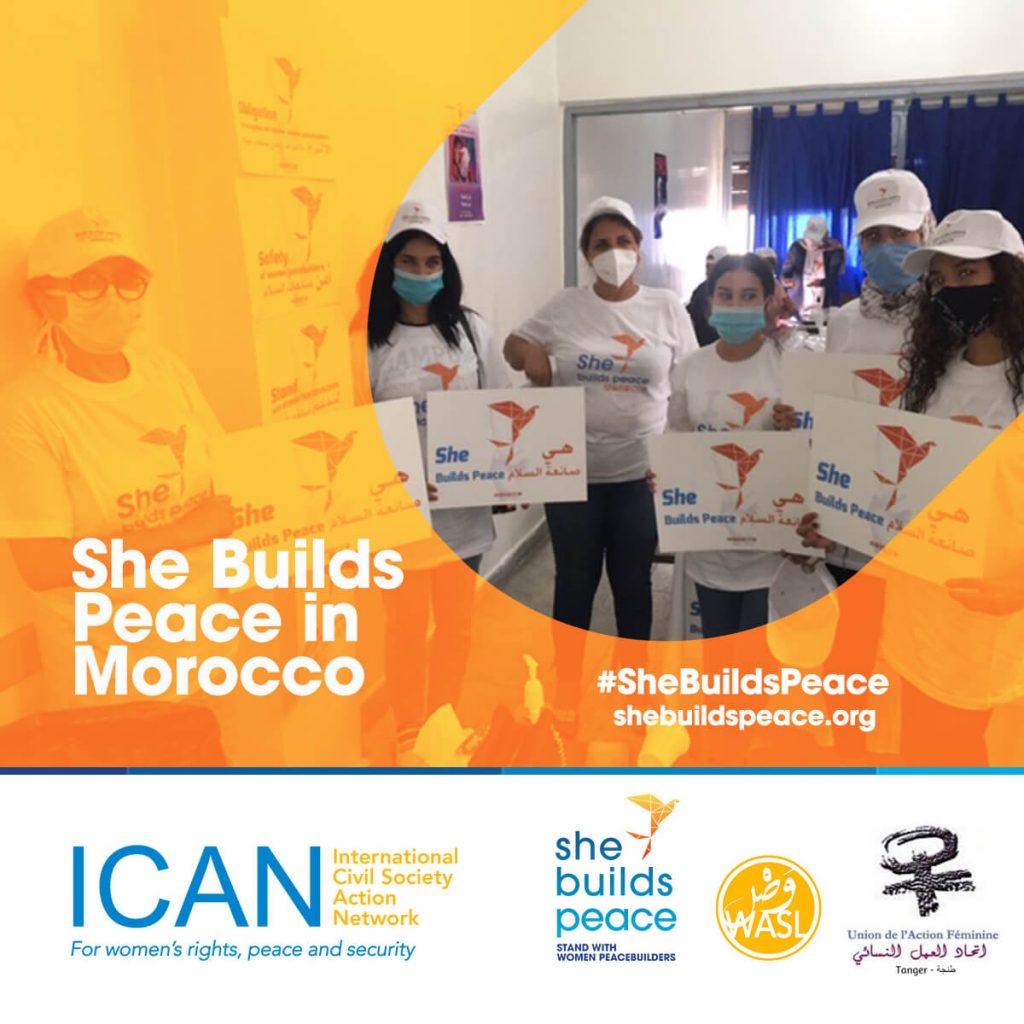 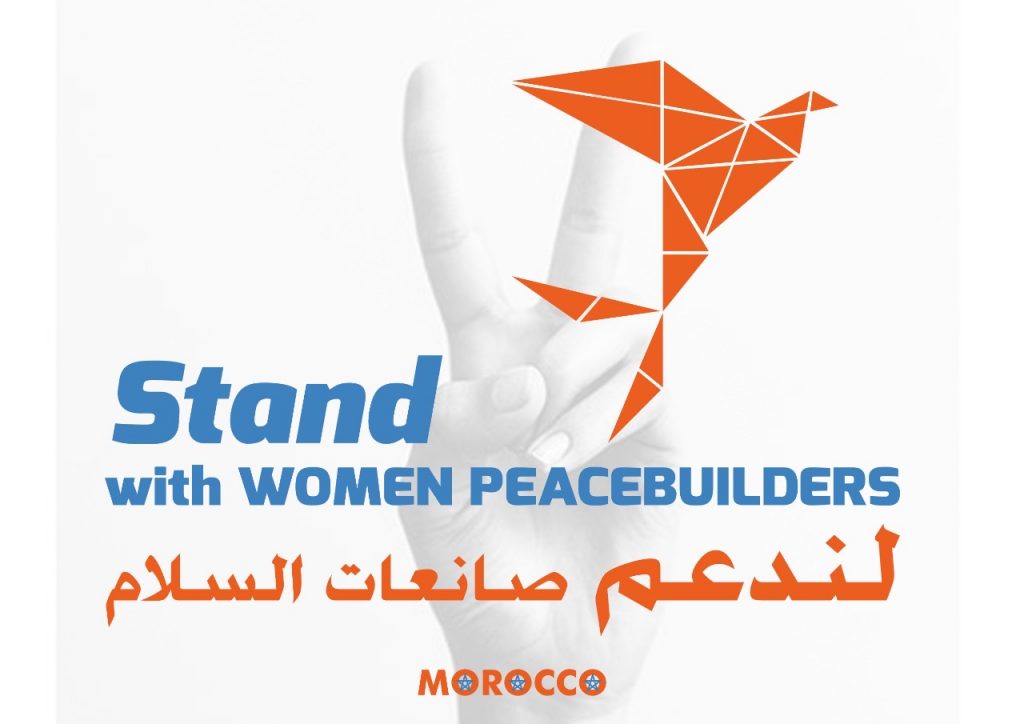 “Women have an important role in children’s education, they are the ones who put the foundations of peace, so why not be considered peace actors?”

The She Builds Peace campaign was launched in Morocco in September 2020 by the Union de l’Action Feminine (UAF). The first launch activity UAF organized was a training and discussion between youth and members of the media, which aimed to open up dialogue on women, peace, and security issues.  The meeting was organized in light of social media noise and national public debate around rape and sexual assault incidents in the country. Participants discussed why women and girls are targeted and how Moroccan society perceives women’s roles in peacemaking. The session also provided training and advice on how to start a conversation around women’s roles in peacebuilding.

UAF then facilitated a “micro trottoir”, in which participants interviewed members of the Moroccan public about women’s roles in peacebuilding. The interviews highlighted cultural stereotypes and perceptions of women as peacemakers. UAF disseminated these interviews online and on social media through a video, reaching a variety of stakeholders, including decision–makers. UAF’s video will be used as a basis for training on UNSCR 1325 and serves as an entry point to making the UN resolution a reality for Moroccan women. The video also paves the way for UAF’s campaign during Morocco’s upcoming elections. The organization plans to use the video to lobby political parties to increase women’s representation in electoral lists and winning districts.

“Women’s role in building social peace is very important, it’s a pity it’s not considered in our society”

“Women can achieve peace, starting from herself with her children and family. In that way, boys will learn to treat their sisters peacefully.”