She Builds Peace in France: Armanshar 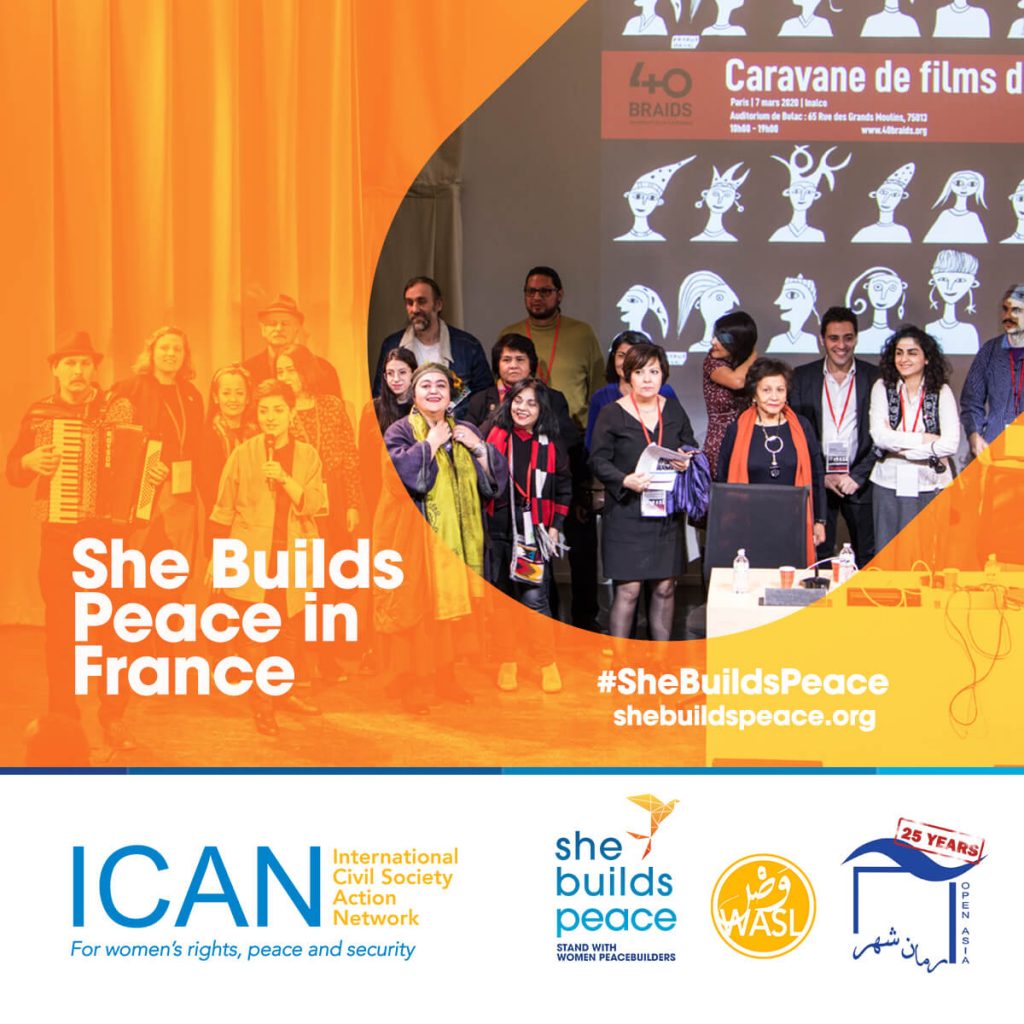 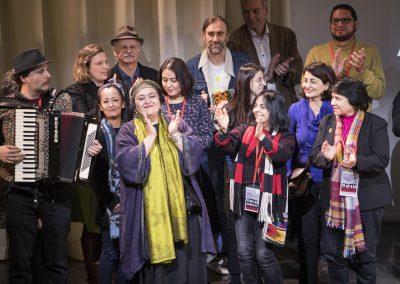 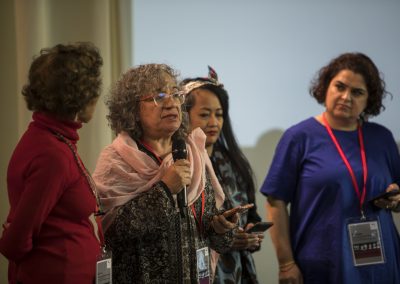 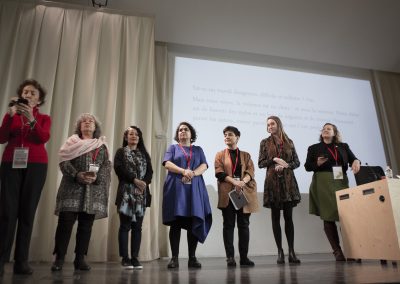 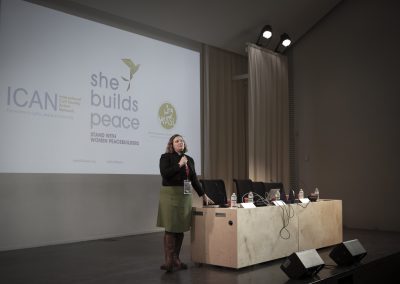 “40Braids is a caravan, a caravan that travels along our Silk Road, carrying films made by women, or about women.”

The She Builds Peace campaign was launched in France by Open Asia/Armanshahr alongside the debut of the 40Braids Women’s Film Caravan on 7 March 2020.  40Braids is a travelling international festival that celebrates films by and about women and weaves intercultural dialogue to support women’s universal action.  The festival aims to build a common future for humanityand strengthen women’s resilience in the face of war, violence, militarism, populism and extremism, and climate change through transnational North-South and South-South dialogue. Women peacebuilders and their work are central to this effort.

The film festival featured a staged multilingual reading of the script of the video introduction to the She Builds Peace campaign, which was translated into French for the audience.  WASL members Hafida Benchehida from Algeria, Rosa Emilia Salamanca from Colombia, and Neelam Raina from India and the UK, and WASL program director Melinda Holmes from the United States, were joined by women from Iran, the Netherlands, and the Philippines to read the script alternating between English, French, Arabic, Spanish, Filipino, Dutch, Persian, and Hindi.  In addition, WASL Program Director Melinda Holmes gave an overview of the campaign and introduced its origin, objectives, and four pillars of action.