She Builds Peace in Afghanistan: AWSDC 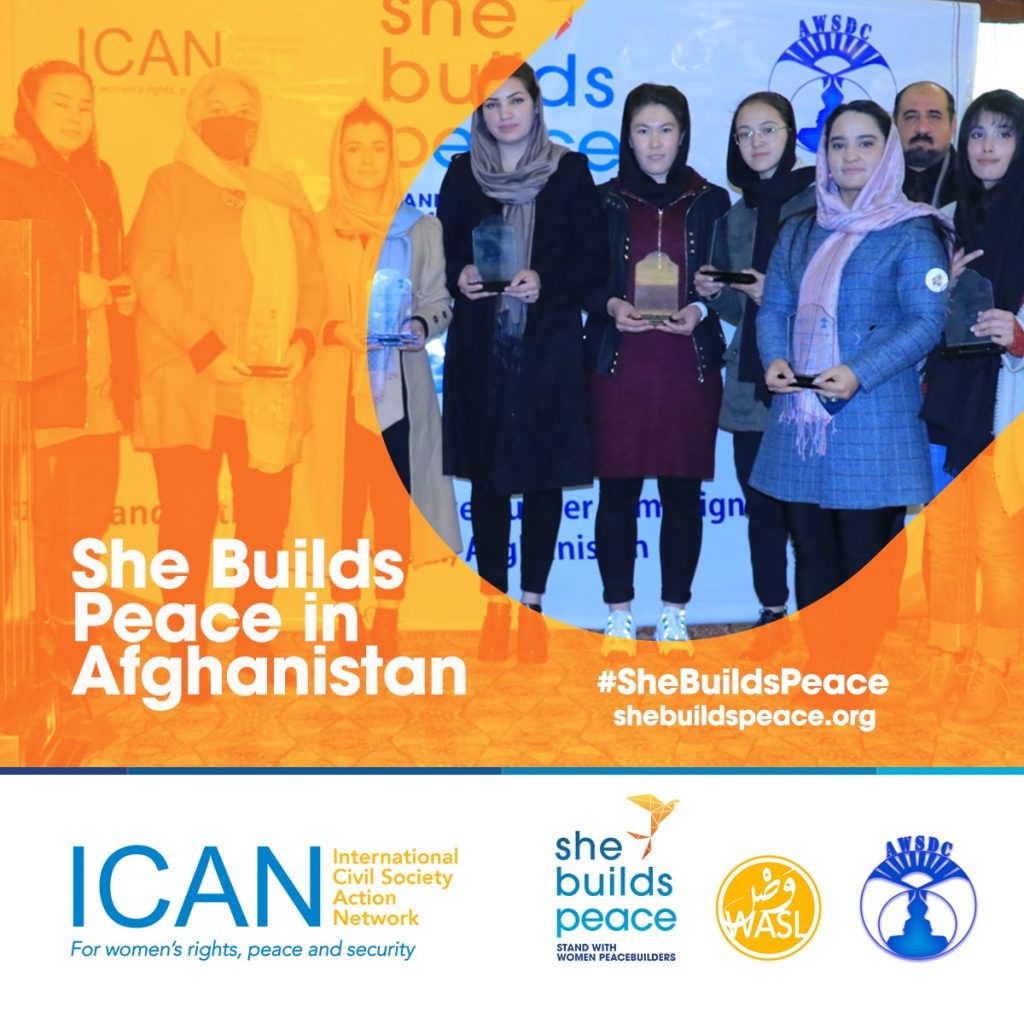 “The AWSDC team is glad to launch the campaign with the participation of women from different sectors of society whose work has had positive impacts on promoting peace.”

“The women talked about the importance of the roles women can have in peacebuilding processes and the positive role women can play in promoting peace.”

“The participants called on all women to be united and support each other, and urged both parties at the negotiation table not to sacrifice women’s achievements of the past two decades during the peace negotiations that are currently on–going between the Afghanistan government and the Taliban.”

The Afghan Women Skills Development Center (AWSDC) launched the She Builds Peace campaign in Kabul, Afghanistan with a conference held in December 2020. The conference was organized to identify and show appreciation for more than ten Afghan women who promote and contribute to building peace through their work.  AWSDC recognized women in politics (including members of the Parliament of Afghanistan), women in sports, and women filmmakers and painters.  The event aimed to raise awareness of women’s roles in eliminating violence and building peace and social cohesion.

AWSDC and the participants called for support in all four pillars of the campaign.  This included a specific call to relevant government agencies to make women peacebuilders’ security a priority in the face of increased threats against them.  AWSDC also urged the international community and INGOs in Afghanistan to provide financial and other support to women working for peacebuilding, human rights, women’s rights, and an end to gender-based violence.  The event, which was broadcast on TV and radio, also featured a discussion about the current peace negotiations and the need for both parties to uphold women’s rights in Afghanistan. 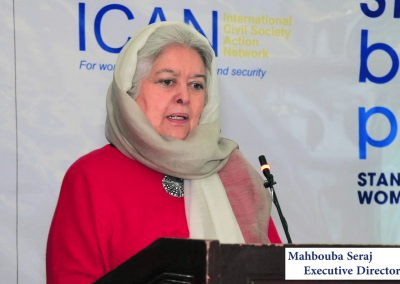 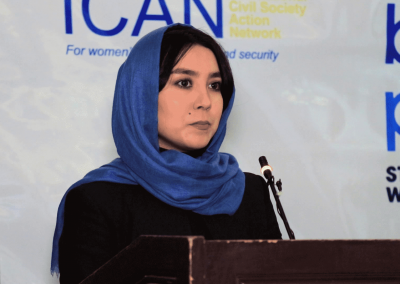 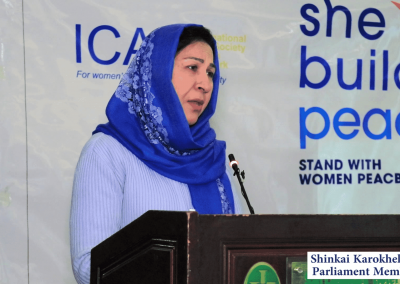 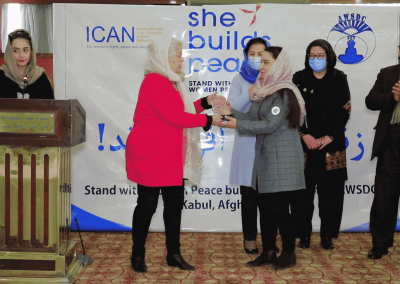