Sanam Naraghi Anderlini at 'One Year On: Norway and the Women, Peace and Security Agenda in the UN Security Council' (PRIO GPS Centre) 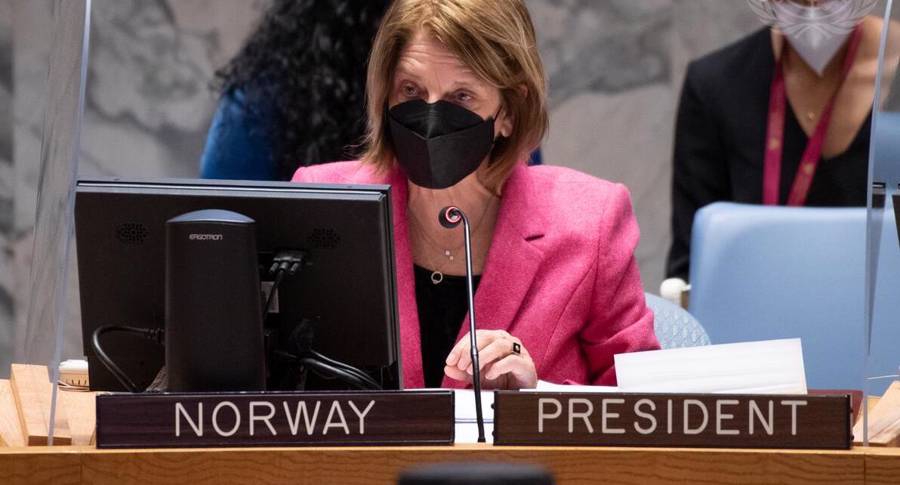 ​January 2022 marks the halfway point in Norway’s two-year membership in the UN Security Council. In the context of Norway entering the last phase of its Security Council membership, the Norwegian Ministry of Foreign Affairs (MFA) published a summary outlining the country’s achievements in the Council so far. ​Norway's accomplishments – as proclaimed in this summary – include encouraging references to Women, Peace and Security (WPS) in Council resolutions. Norway's work to ensure references to women's participation in the resolution for the UN's mission in Afghanistan (UNAMA), and its efforts to promote the acknowledgement of the important role played by women in the global pandemic response, are examples of such work. Yet beyond these references, has Norway delivered on its goal to meaningfully strengthen the WPS agenda?

With Norway also holding the Security Council Presidency in January 2022, the country's ability to effectively address WPS is of even greater relevancy. The WPS agenda will be a top priority in Norway's presidency, including an open debate on violence targeting women in peace and security processes as one of Norway's signature events. Given the focus on this topic, and the opportunities the presidency provides, examining the successes and failures of Norway's attempt to promote the WPS agenda in the Security Council becomes even more interesting to explore.

In April 2021, PRIO hosted an event assessing Norway's' first hundred days in the Security Council, asking if Norway had been able to deliver on its promises. Halfway into its two-year membership term, the PRIO GPS Centre will host a follow-up event to evaluate whether Norway has made substantial progress in promoting the WPS agenda. We have invited leading experts on Norwegian diplomacy, WPS and the UN to assess Norway's work on this topic in the past year, and to reflect on the challenges ahead.

The event will be streamed on Microsoft Teams at this link.

In this webinar, we aim to address the following questions:

The event will be chaired by Torunn L. Tryggestad, Deputy Director at PRIO and Director of the PRIO Centre on Gender, Peace and Security.