Women at the Peace Table

Throughout history, negotiations about war and peace have been exclusive processes dominated by male political and military leaders. But traditional approaches are inadequate for tackling complex contemporary conflicts that are often internal or transnational involving multiple non-state actors and often-predatory states. Too many current peacemaking and mediation efforts fail. The World Bank estimates that over 90% of conflicts in the past decade occurred in countries that had experienced war in the past thirty years.

In 2000, the UN Security Council recognized in Resolution 1325 that a more durable peace required the involvement of all sectors of society…particular[ly] women peacebuilders in peace processes. The UN Secretary General’s 2012 Guidance for Effective Mediation also recognized inclusivity as a key principle for effective mediation. But too often, peace negotiations take place between the immediate warring parties and exclude large segments of society. Thus the negotiations and consequently the future of the country are defined by those who used violence to further their goals, while excluding the experiences of people who had the courage to work non-violently and take responsibility for their communities in the midst of war.

Experiences in conflict areas – recently reflected in quantitative and qualitative studies – demonstrate that greater inclusion of unarmed non-state actors (civil society) in peace processes improves the chances of success. Early engagement and direct representation and/or access to the negotiating table can make positive differences. Internationally, there is growing interest and support for more inclusive peace and mediation processes. But the practicalities of ‘how’ to do this remain a challenge. Since 2010, ICAN has worked to provide solutions compiled in the Better Peace Initiative. 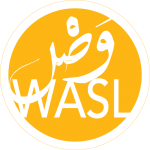 “We invite the global community to walk alongside us in our efforts to counter the rising tide of extremism. ”