On February 2, 2018, together with the Missions of Japan and Canada to the United Nations, and in collaboration with the UNDP and UN Women, ICAN organized an event showcasing our Better Peace Initiative (BPI) and launching the latest animation in the BPI series, Gendered Devolution: Why it matters, how to do it. The lunch discussion entitled, The Better Peace Initiative: Innovative Tools and Practical Framework on the ‘How to’ of Gender Inclusive Mediation gathered a group of Member States, UN, and civil society representatives. The dialogue focused on experiences and actions that various stakeholders can take to move from intention to implementation of inclusive and holistic peacemaking, and how ICAN’s innovative tools can be of use. The question of whether inclusive peace agreements are more likely to be implemented was also discussed. The event was an opportunity for ICAN to share its plans to develop tailored seminars and capacity building for the evolving regional women’s mediation networks and advisors, and share themes to be tackled in upcoming animations. 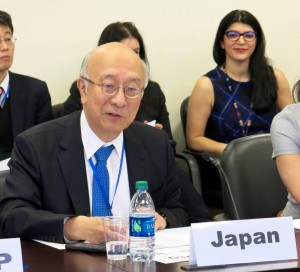 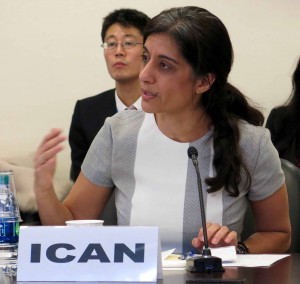 Ms. Sanam Naraghi Anderlini, ICAN’s Executive Director, gave an overview of ICAN’s Better Peace Initiative, including the tools that ICAN has developed over the past years to address the “how to” question of inclusive and gender sensitive peacemaking. In her many years advising and working with the UN and civil society in various settings, Ms. Naraghi Anderlini would often be asked the question “how do we do inclusivity in practice?” “Now,” she said, “ICAN does inclusivity peace by peace.” ICAN produces short animations on gendered thematic topics that are commonly addressed in peace processes, such as transitional justice and devolution, and offers practical guidance for the effective inclusion of gender perspectives and women peacebuilders. She added that because of the many actors in today’s conflicts, “The issue of inclusivity is no longer an idealistic dream. It is the reality on the ground.” 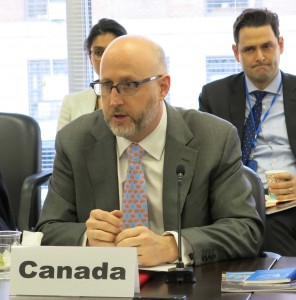 Ambassador Michael Grant, Deputy Permanent Representative of Canada to the United Nations took the floor to discuss some of theactions that Canada is taking to move from intention to implementation of inclusive and holistic peacemaking. As an example, Ambassador Grant shared that the Canadian mission to the UN is developing a gender compact. This compact will identify specific commitments to mainstream gender into the working methods of the mission in view of ensuring that gender is consistently reflected in policies and practice. It will involve five main lines of effort: staffing and representation, management, policy, communications, and accountability. Canada will work with other UN missions and the Group of Friends of WPS to disseminate best practices and encourage similar initiatives. 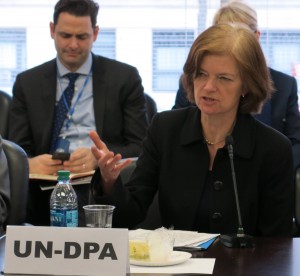 The United Nations Department of Political Affairs (DPA) tasked with deploying mediators and peacemaking expertise to inter- and intra-state conflicts around the globe was represented by Ms. Teresa Whitfield, Director of the Policy and Mediation Division. Increasing the effective participation of women in peacemaking and conflict prevention efforts is a key priority for DPA. Ms. Whitfield noted that while [inclusive] “spaces are shrinking, we have to keep pushing.” Using the Colombian peace process as an example, she emphasized the need to address the challenge faced by mediators  when no women are present or when gender emerges as an issue. Largely because of pressure from Colombian civil society and women’s organizations, as well as initiatives by both negotiating parties, the sub-commission on gender was able to rewrite all the agreements, and doors were opened. When it comes to implementation of agreements, Ms. Whitfield said, “the issue is opening the doors, opening the doors to the way agreements are drafted, opening the doors to implementation mechanism and follow-up, and commissions and sub-commissions which will have women present.” She added that DPA is doing its part by supporting a wide range of partners, such as women parliamentarians in Somalia, and the women’s facilitation group in Guinea Bissau. 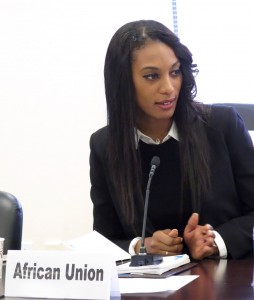 Verlaine-Diane Soobroydoo, Policy Adviser on Women, Peace and Security at the Permanent Observer Mission of the African Unionshared the work of the African Union, specifically the FemWise-Africa (Network of African Women in Conflict Prevention and Mediation) and the African Women Leaders Network, launched in 2017. FemWise addresses the issue of ensuring that women from all sectors, parties and civil society organizations are fully trained and represented at the mediation table, in conflict resolution and peacebuilding. The African Women Leaders Network developed together with the UN is used as a “pipeline to identify women leaders on the ground, from communities, from government, and across political parties.” In terms of support moving forward, Ms. Soobroydoo highlighted three key points: partnerships, trainings, and the need for political will and leadership. Friends Groups, such as the Group of Friends of African Women Leaders Network to be launched by Germany and Ghana in early March is key to garner such will.

Following the speakers, the floor was opened for interventions and questions. The Permanent Representative of Finland, Ambassador Kai Sauer shared that the Nordic Women Mediators Network, launched in 2015, provides support to the AU and FemWise, among other things. The Permanent Representative of Trinidad and Tobago, Ambassador Pennelope Beckles stressed economic empowerment, training and leadership as key for realizing inclusion. Ms. Jessica Cupellini, from the Permanent Mission of Italy suggested organizing joint trainings for the various Women Mediators Network in order to avoid duplicating efforts. Ms. Naraghi Anderlini responded by sharing ICAN’s plans to develop – with the support of the Canadian government –  a comprehensive training program that will pull together the range of tools and themes that ICAN is producing. The training will explain the various issues and provide guidance on the skills and expertise needed to engage as a gender advisor, mediator or envoy, and ultimately prepare a cadre of well qualified women and men who fully understand the issues and the tools. 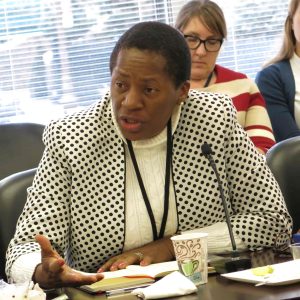 Ensuring that the existing women’s network provide space for local civil society and women peacebuilders who want to support the processes was also brought up as a key issue during the open floor.

Sarah Douglas, Deputy Chief of Peace and Security at UN Women wrapped up the session by noting that, “women’s participation can bring the two tracks of mediation together for a more effective, sustainable and durable agreement.” She suggested focusing on three concrete actions to push the agenda forward: advocacy, financing and building partnerships.

ICAN looks forward to further developing its BPI tools and will continue to build partnerships across sectors.

For further information or for any inquiries, please email: helena.gronberg@icanpeacework.org