On the morning of Friday 16th October, the Abductees’ Mothers Association celebrated a major victory when Yemen’s warring parties completed the largest prisoner exchange in the history of the five-and-a-half-year long conflict. In a two-day process, 1,056 individuals held by both the Houthi rebels and the Yemeni government were released and transferred home, facilitated by the International Committee of the Red Cross. The Abductees’ Mothers Association has been the most prominent voice in calling for the release of abductees and has been instrumental in facilitating talks on the issue. For many years, this coalition of mothers has been the only hope for Yemen’s forcibly disappeared. 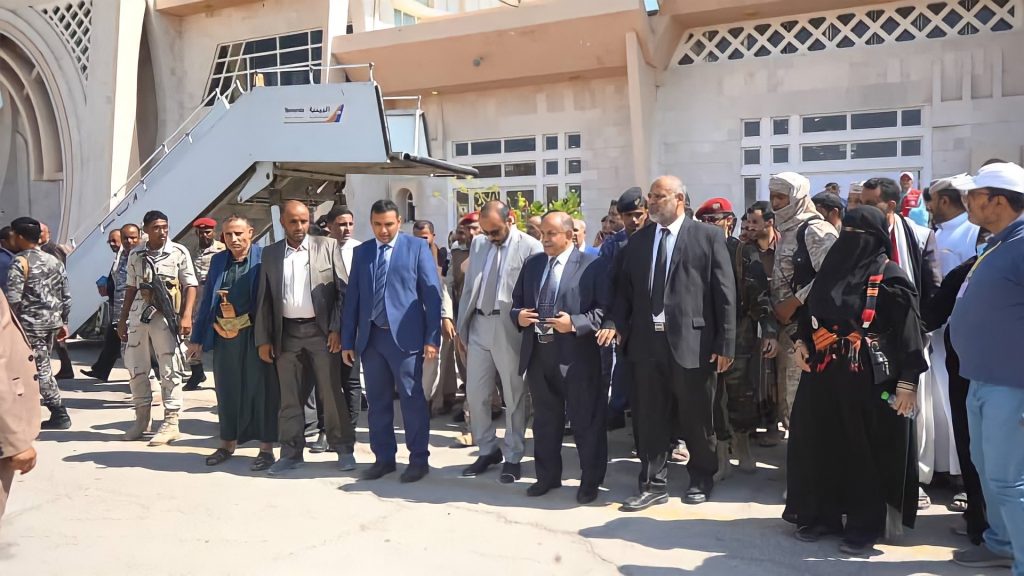 Dr. Amat Al Salam, President of the Abductees’ Mothers Association, amongst senior officials on the airstrip at Seiyun Hadhramaut Airport

The number of enforced disappearances and arbitrary arrests made by pro-government forces and the Houthis has reached the thousands since the conflict began in Yemen in 2015. Politics lies at the heart of the issue and detainees are often used as bargaining chips in negotiations between the warring parties. Prisoner exchange was one of the three key components of the UN-brokered Stockholm Agreement, signed in late 2018, but up until recently, little tangible progress had been made. The only group to make significant headway in releasing the forcibly detained in the two years since the agreement, was the Abductees’ Mothers Association.

Formed in Sana’a in 2016, the Abductees’ Mothers Association is a Yemeni-based, women-led civil society organization. The group materialized when the mothers, sisters, wives, and other female family members of forcibly disappeared detainees came together to demand that their relatives be released. Since then, the group has made it their mission to grant the victims of arbitrary detention their rights and freedom.Over the years, the Abductees’ Mothers Association has successfully expanded, with independent branches set up in governates across the country. These branches include women from both sides of the conflict who have worked together to release prisoners from all warring factions. The women involved go to extraordinary lengths to find and release their kidnapped relatives, often in the face of threats and intimidation. They draw on social and cultural traditions and use their position as Yemeni women to mediate and provide humanitarian assistance in ways that men in their society cannot. Ultimately, their strength lies in their ability to humanize a highly politicized issue. 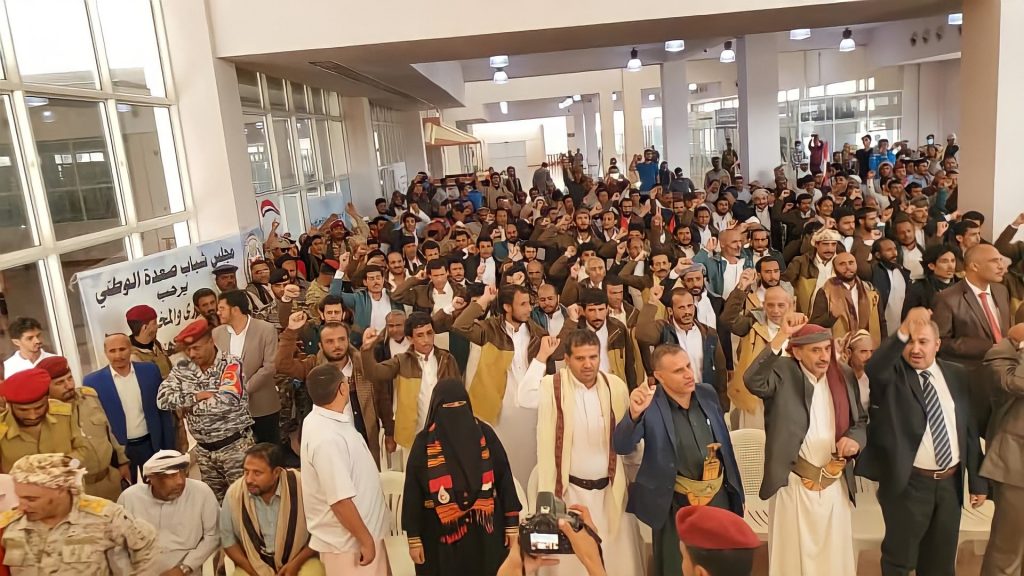 To bring about events such as this recent mass prisoner exchange, the Abductees’ Mothers Association organize demonstrations, protests, sit-ins and work with media outlets to amplify their calls and draw attention to the issue. The group works closely with regional and international organizations including the UN Envoy office in Yemen and the Red Cross, playing an influential role in negotiations between both sides. The Association supports the families of abductees, follows up on cases and facilitates rehabilitation of the prisoners upon their release. Since the Stockholm deal, the Abductees’ Mothers Association has continued to mount pressure; recently they were successful in releasing 40 detainees who required medical attention and eight prisoners who were unlawfully charged with death sentences without legal procedures during the war. 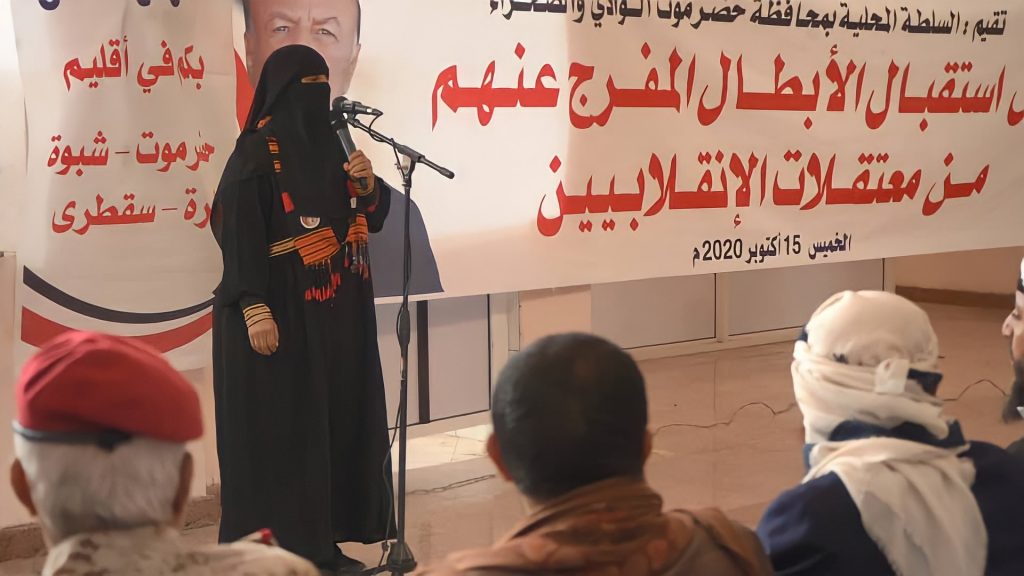 Dr. Amat Al Salam, President of the Association and a member of the Women’s Alliance for Security Leadership (WASL) was present at the welcoming of the prisoners on Friday 16th October at Seiyun airport, Hadhramaut. Amongst a sea of newly released prisoners and senior officials, including the Deputy Prime Minister, leading figures in the army and members of the internationally recognized government negotiating in Geneva, she stands out as the only woman in the reception room. In fact, authorities initially refused to allow the mothers, wives and daughters of the abductees to enter the welcoming event entirely. Dr. Amat Al Salam responded to this exclusion by contacting the Deputy Prime Minister and various authorities, and successfully persuading them to allow the relatives of the released to enter the celebration hall.

In recognition of her work as a peacebuilder and of the efforts of the Abductees’ Mothers Association, Dr. Amat Al Salam was invited to address the crowds. In her speech, she welcomed the newly released and urged them not to participate in war, but to instead “stay near their mothers and devote themselves to building their homeland”. She also addressed the officials, imploring them to include women in decision-making and peacemaking, making the case that Yemeni women’s “exceptional efforts in light of the conflict” are deserving of a place at the negotiating table. She continued that the work of the Abductees’ Mothers Association is “a practical example of the fruitful efforts of women in peacebuilding” and that “peace begins in mothers’ hearts”. 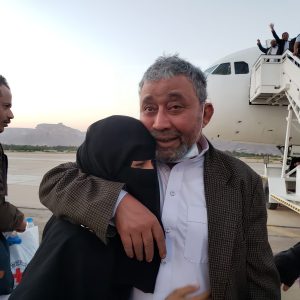 For the families of those affected, the long-awaited reunion was an unforgettable and emotional event. One young woman, Safa’a, who had not seen her brother for four years, feared that she would not recognize him. Instead, she “fell into his arms crying” as soon as he disembarked from the plane. Another woman, Letifa, drew henna on her hands while waiting for her husband, a tradition generally saved for the wedding day. After seeing her father for the first time in years, daughter Asmaa said “I forgot all the sad memories of his [time in] prison”. The reunions were a combination of tears and laughter during which the Abductees’ Mothers Association distributed candy, lit incense and young girls danced in celebration. While thousands more are yet to be reunited to enjoy the same festivities, the event is a positive sign that progress towards peace is being made. The large-scale prisoner swap, described by UN Yemen envoy Martin Griffiths as an “airlift of hope”, was a significant step and suggests that a permanent ceasefire could be on the horizon.

Find out more about the work of the Abductees’ Mothers Association: Freeing the Kidnapped in Yemen’s War: How Yemeni Mothers Succeeded Where Everyone Else Failed.