By Lauren Mellows and Melinda Holmes

“We need a special intervention, we need our country back, it’s becoming lawless”, warns women’s rights and peace activist, Hamsatu Allamin, Founder of the Allamin Foundation for Peace and Development (Allamin Foundation) and member of both the global Women’s Alliance for Security Leadership (WASL) and Federation of Muslim Women in Nigeria (FOMWAN). The situation in northeast and northwest Nigeria demands urgent international attention, not only as a matter of humanitarian urgency but also for its impact on international peace and security.

On the evening of February 23, 2021, suspected Boko Haram militants fired rocket-propelled grenades (RPGs) at several densely populated areas of the city of Maiduguri, the capital of Borno State. Some 16 people were killed, including children playing in a playground, and nearly 60 were injured. This shocking cost to human life is becoming a frequent occurrence, bringing trauma and fear to a region that has endured varying levels of armed conflict since 2009. Over the last 12 years, the Boko Haram insurgency and the Nigerian government’s military counter-response have killed tens of thousands of civilians, displaced millions, and led to a massive humanitarian crisis. 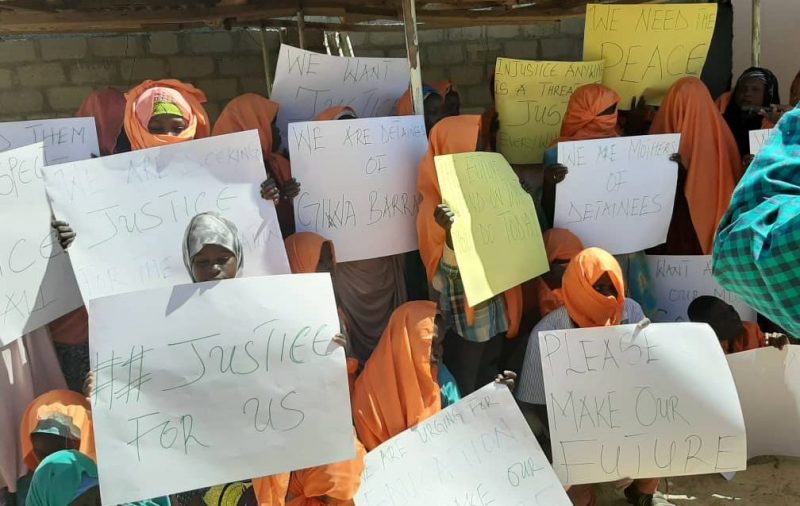 In the last month alone, Maiduguri has faced a range of attacks by the insurgents.  The power supply lines were blown, plunging the city into total darkness for weeks on end and there have been frequent reports of roadside abductions and beheadings.  This gruesome practice is consistent with Islamic State-style tactics, the jihadist group which Boko Haram formally swore an oath of allegiance to in 2015. The kidnapping and enslavement of women and schoolchildren is further evidence of the mutual influence between Boko Haram and ISIS, a tactic which gained the Nigerian extremist group global notoriety in 2014 when they abducted 276 girls from a boarding school in Chibok, Borno State. However, while international attention has waned the devastating practice continues and seems to be spreading to other groups. In February two school abductions occurred in Nigeria’s northwestern Niger State and Zamfara State.

While Boko Haram is considered Nigeria’s biggest security threat, the group is not the only treat that citizens in the north face on a day-to-day basis. Another WASL member Dr Fatima Akilu, the Executive Director of Neem Foundation warns that other insurgent groups have started operating there “making an already complex situation dire”. Furthermore, armed criminal groups, locally known as “bandits” are preying on populations in the northwest and increasingly in the country’s northeast with vicious attacks on local communities including carjacking, highway robbery, kidnapping, rape, and murder. Allamin describes the bandits’ dehumanizing practices–using men as “pillows” forcing them to lie beneath their wife, or other female relative, during brutal gang rapes. In a video recording which the peace activist describes as “too raw” to be shown, bandits are heard saying to each other “you can have two wives, which do you want?”, while selecting women to abduct from communities.

The descriptions paint a picture of lawlessness; a region of ungoverned spaces where this extreme violence has become almost mundane. In a recent virtual Amnesty International event, Allamin asked: ”What hope and future does the common man in northeastern Nigeria have? Impunity has become the norm and part of life in this part of the country.”  There must be a rule of law and accountability, on all sides of the conflict, including on behalf of the government security forces accused of a string of human rights abuses. “People are clamoring for accountability, asking for the whereabouts of their loved ones who are detained, disappeared, abducted, radicalized and turned into fighters by Boko Haram,” says Allamin.

After nearly three decades working as an educator, author, gender activist, negotiator and peacemaker, Hamsatu Allamin founded the Allamin Foundation in 2017 in response to the humanitarian and social crisis in northeastern Nigeria. The organization aims to promote sustainable peace, prevent recruitment to violent extremist groups and encourage education. Through a project funded by ICAN’s Innovative Peace Fund, Allamin Foundation supports returnees and survivors of abduction and forced marriage. However, their work is becoming increasingly burdened and challenging to carry out since those with power in and outside Nigeria “have all zipped their mouths and closed their eyes, not even raising concerns,” says Allamin.

While foreign governments have poured millions of dollars’ worth of military aid into the Nigeria’s security forces, there’s little to no oversight or accountability for their conduct. There is evidence in several videos circulating on social media in Nigeria, where bandits discuss planes flying in with weapons–reinforcing the claim that the groups wreaking havoc on northern Nigeria are part of a much larger story.  The international community cannot afford, in both practical and moral terms, to look away as the international entrepreneurs of violence exploit the suffering of a people already burdened by poor governance, a violent insurgency and humanitarian crises.