She Builds Peace in Indonesia: AMAN 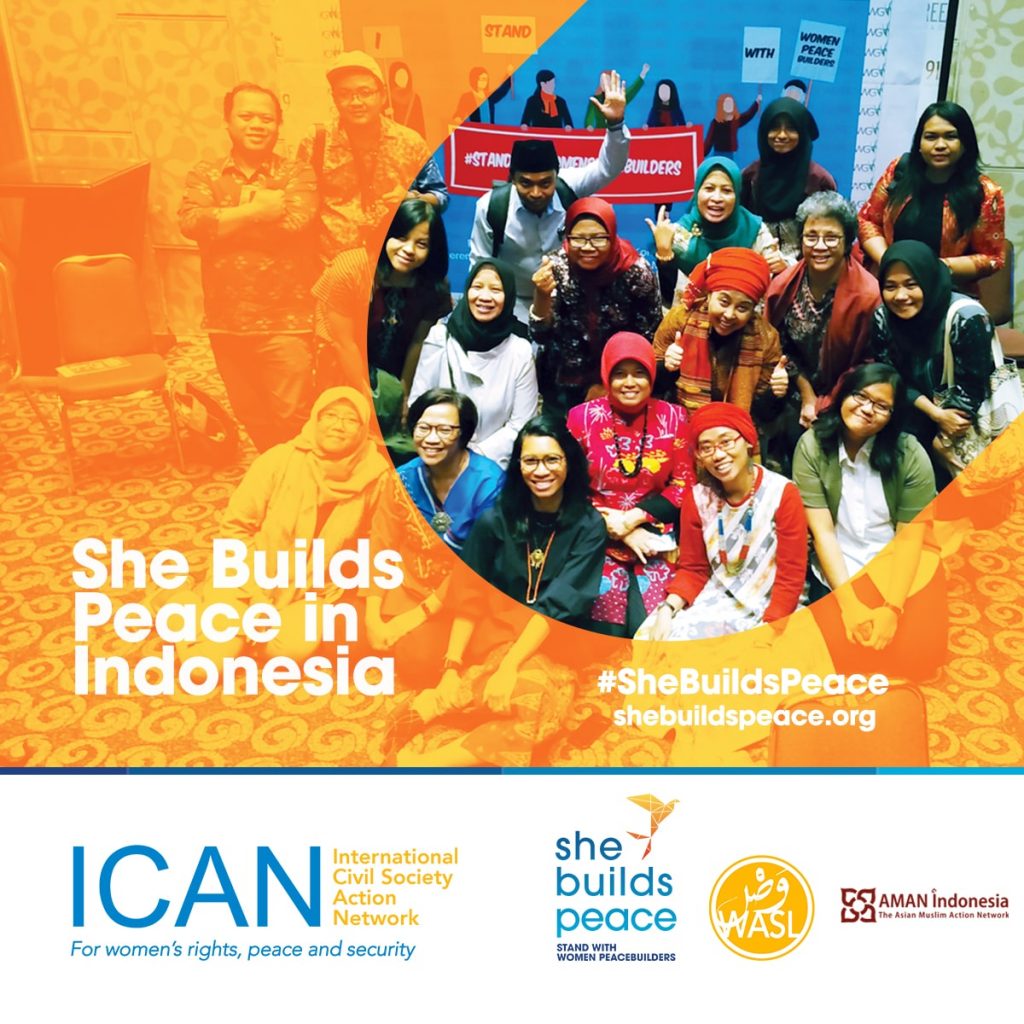 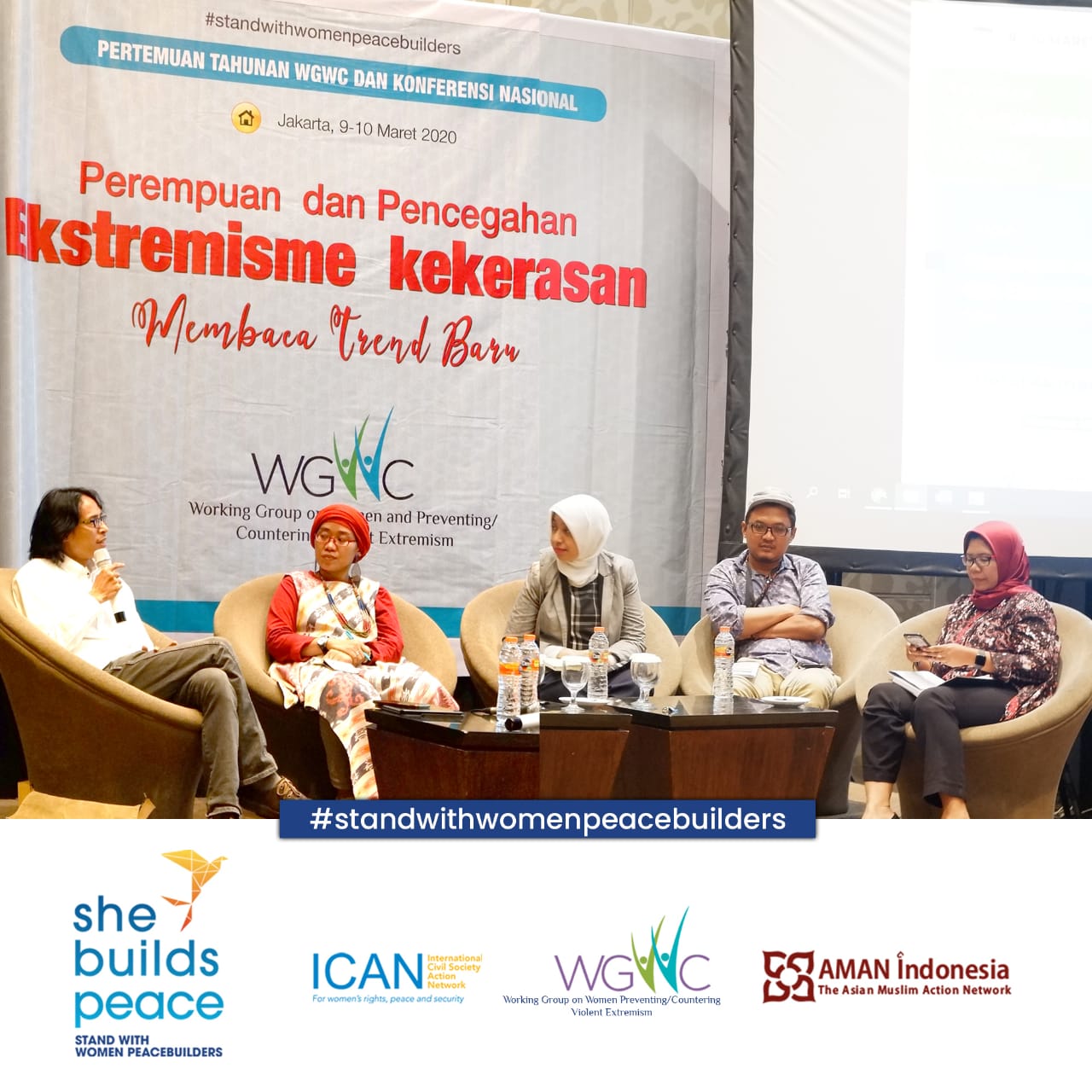 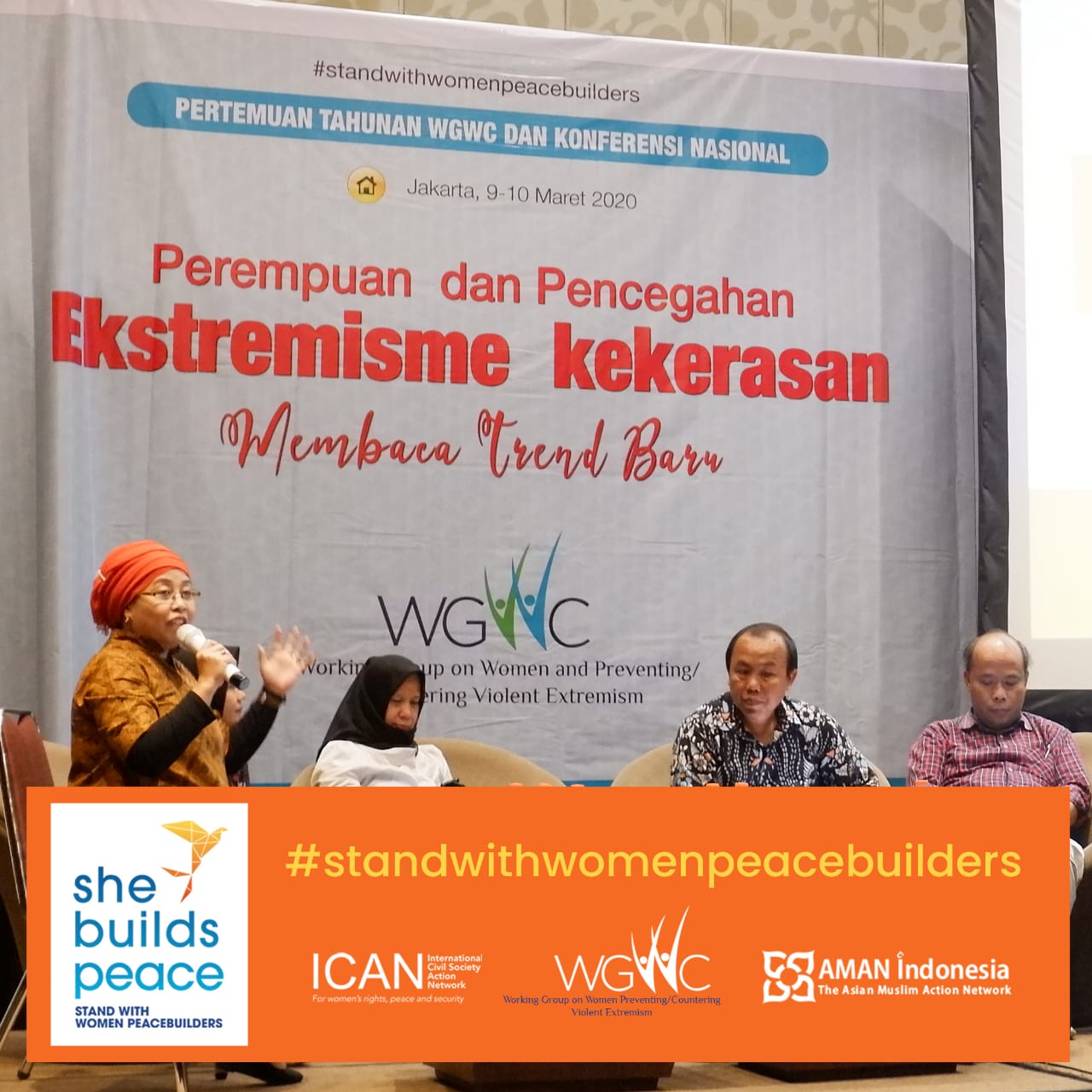 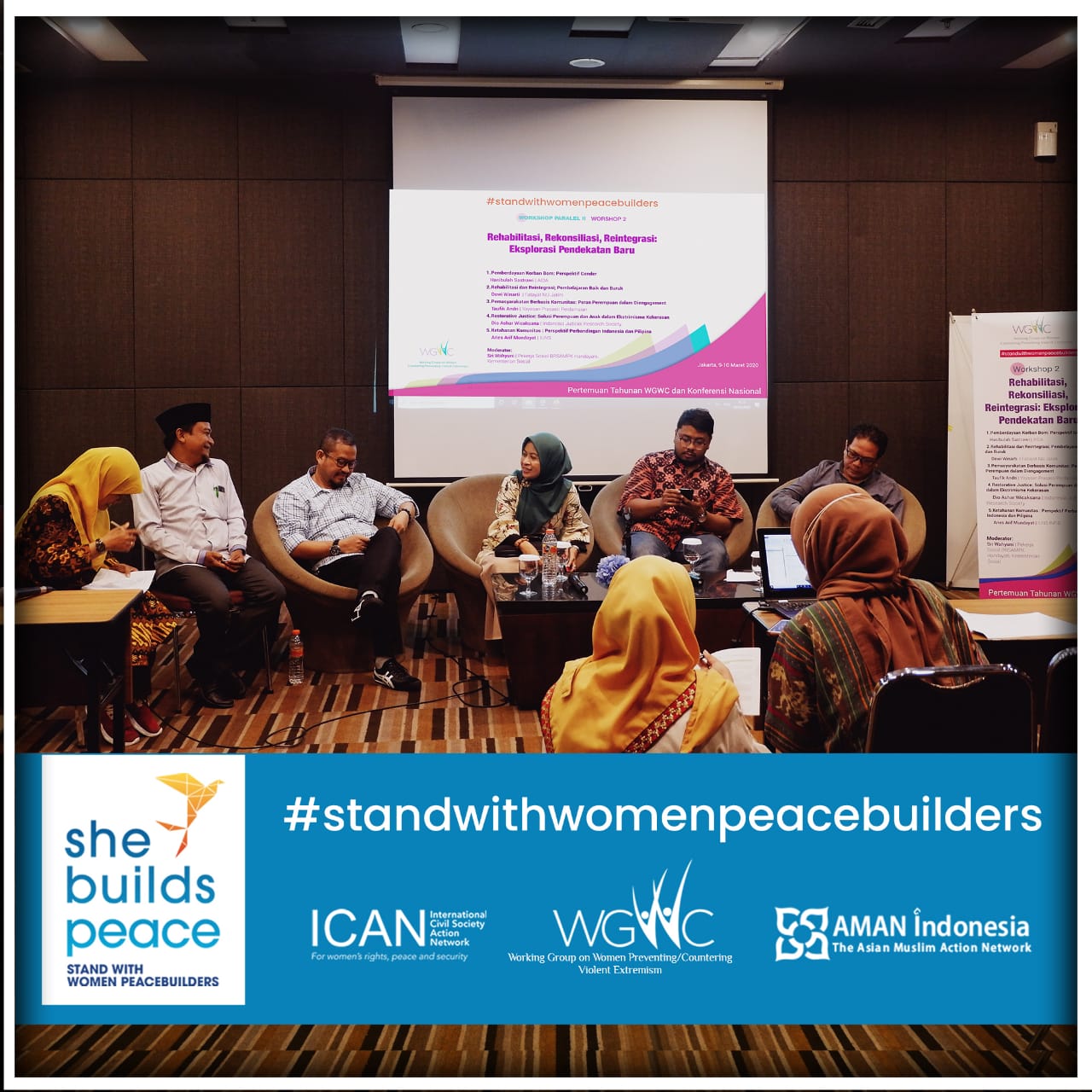 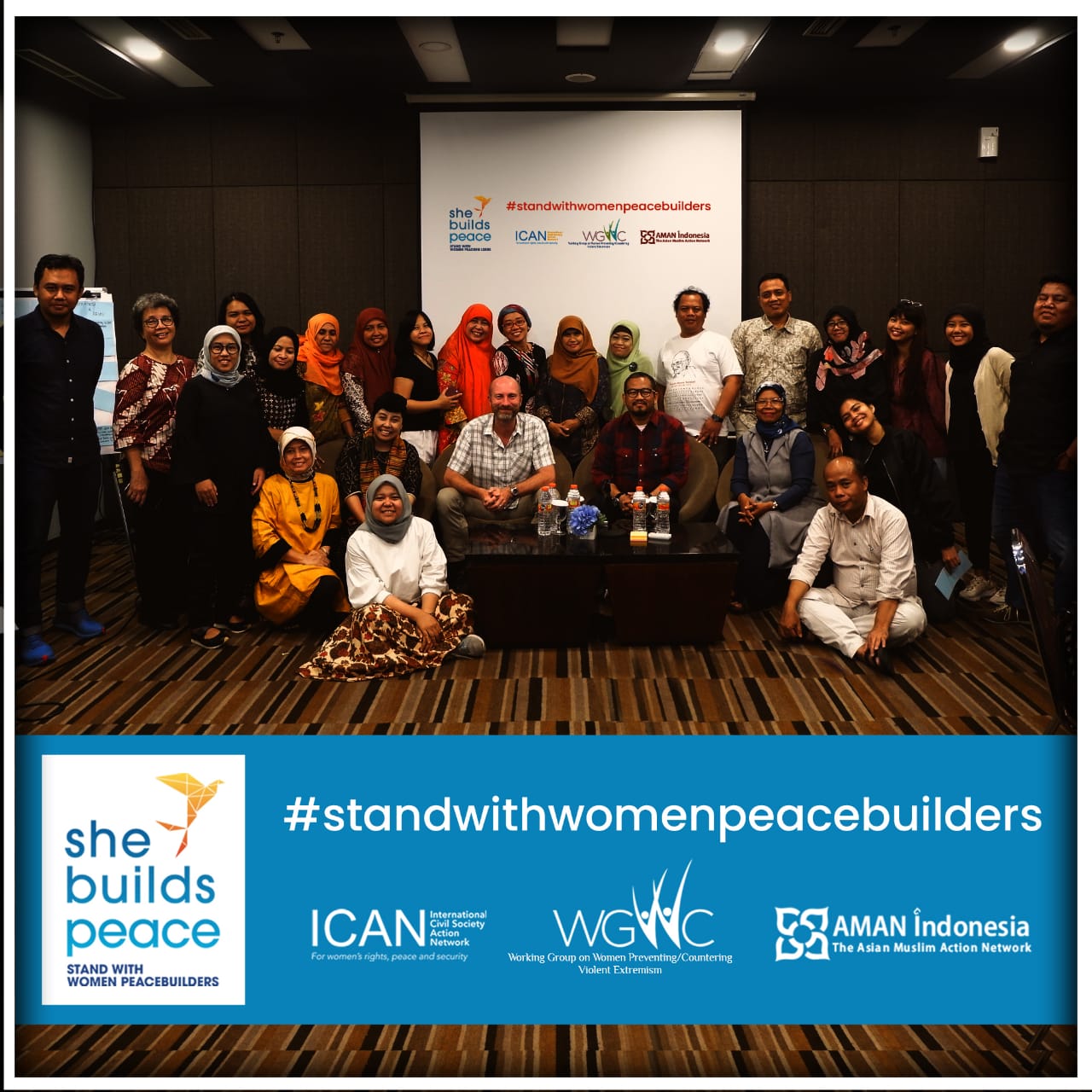 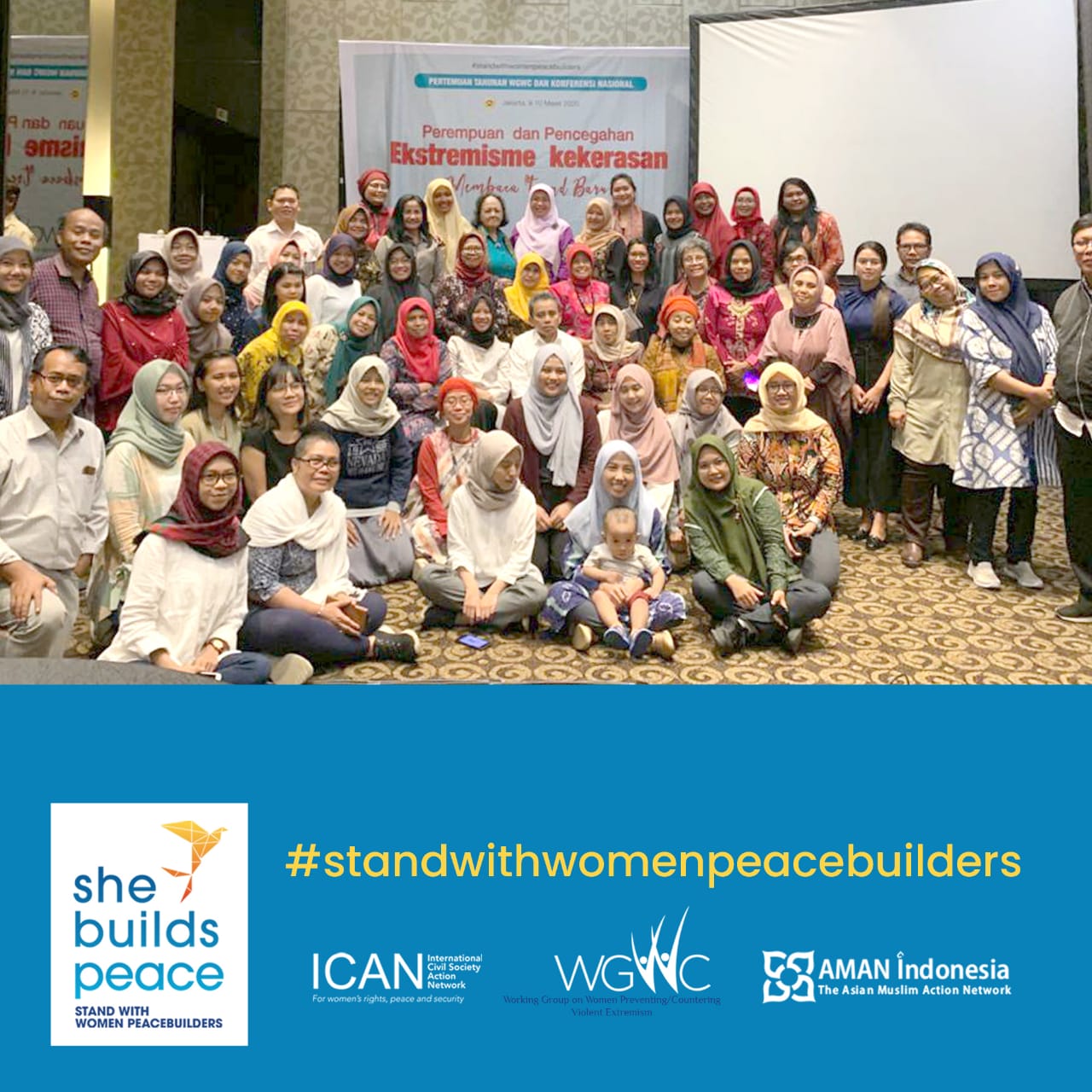 The She Builds Peace campaign was launched in Indonesia in March 2020 by the Asian Muslim Action Network (AMAN). AMAN facilitated a forum which brought together key actors working on women and preventing/combatting violent extremism (P/CVE) to share current research and interventions on related issues. The conference consisted of plenary and parallel workshops covering many aspects of women’s roles in P/CVE, including migration and border security, rehabilitation and reintegration, early education and homeschooling, and access to justice for women survivors of bombing.

The conference took place amid an increase in women’s involvement in radicalism and terrorism.  However, there has also been an increase in women activists working closely with high-risk groups to disengage them from radical and extremist groups.  Much of this work focuses on rehabilitating and reintegrating deportees and returnees, providing counter-narratives to those pushed by fundamentalist groups, and intervening directly in schools and communities.  Advocacy at the national level is also key.

In addition, AMAN incorporated She Builds Peace into several events in March 2021 in celebration of AMAN’s anniversary.  First, AMAN released Guidance Book on Reflective Structured Dialogue (RSD) to provide detailed instruction on leading up to, facilitating, and following dialogue based on the RSD model.  Participants discussed the importance of including a variety of actors—including religious leaders, women, youth, and members of different community groups—in dialogue to end conflict and create peace.  Women ulama (religious experts) included in the conversation discussed the need for a safe space in communities to share the stories of women from different ideologies.

AMAN Indonesia also held a girls’ forum to provide a space for girls to find a collective identity under Girls Ambassador for Peace (GA4P), a new initiative aimed at promoting peace and preventing violent extremism.  Finally, AMAN launched a compilation of hadiths that promote gender equality.  The hadiths are available as an app that can be downloaded onto phones and cover such topics as polygamy, women working outside the home, and education.

“Many women activists have been working closely with high–risk groups to disengage them from radical and extremist groups, dealing with rehabilitation and reintegration of deportees and returnees, and prevention by confronting fundamentalist groups with counter–narratives and direct intervention in schools [and] communities, and advocacy at [the] national level.”