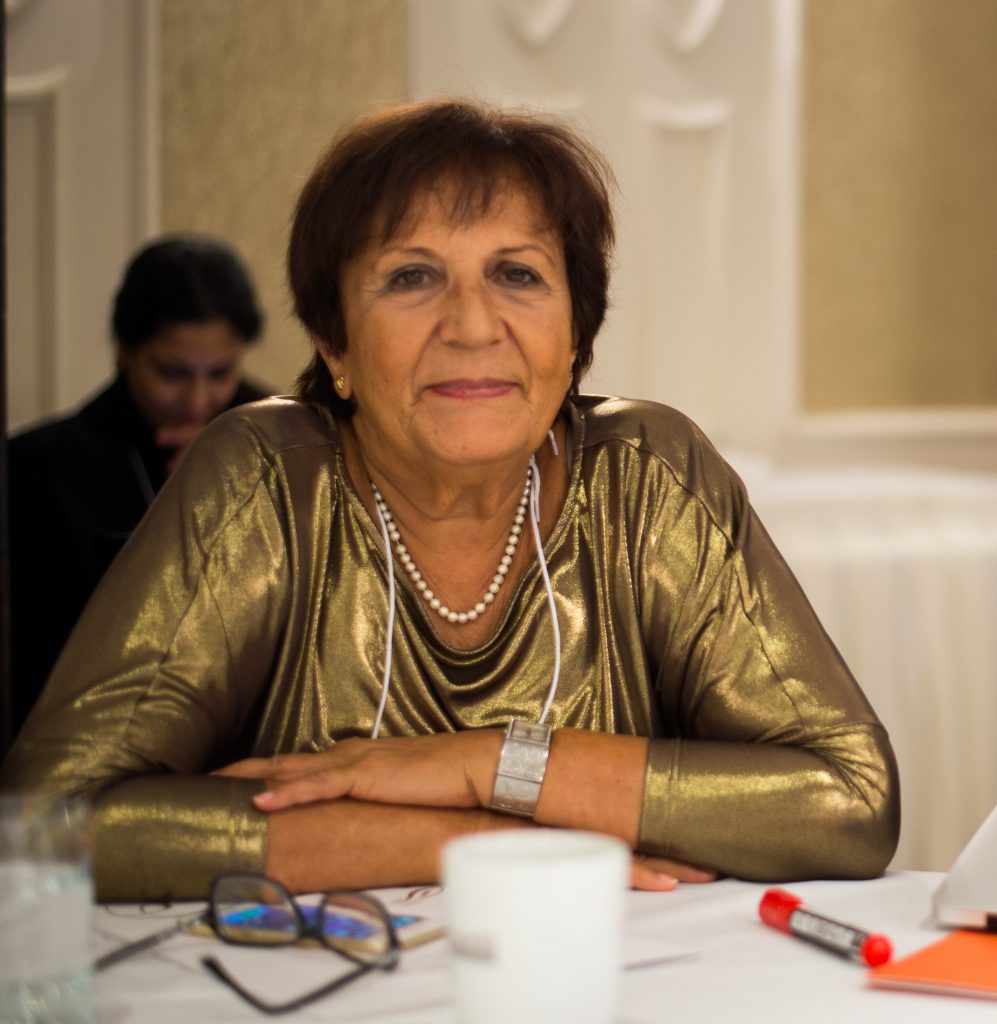 On September 7, 2020, a Turkish court  sentenced  a man to life in prison for carrying out the Istanbul nightclub attack on New  Year’s Day in 2017. 39 people lost their lives in the early hours of that day—including  Dr. Khedija  Arfaoui’s son and daughter-in-law,  Mohamed and Senda.

Dr.  Khedija Arfaoui is  a prominent Tunisian peace activist, feminist,  academic, and a member of ICAN’s  Women’s Alliance for Security Leadership  (WASL). She grappled with issues of peace,  justice, and reconciliation long before violence impacted her family so closely. While the 3-year trial took place over the attack on her children, she maintained her long-standing peaceful stance against the use of the death penalty. Recently, debates surrounding a  moratorium  on the death penalty have  re-surfaced  in Tunisia in the wake of a brutal attack  against  a young woman in  Tunis.  Arfaoui continues to advocate for non-violence and justice through a judicial system.

In a time of increasing political division and a sense of insecurity globally,  Arfaoui reflects on her origins as a peacebuilder and how she remains resilient despite the uncertainty, tragedies, and threats she has faced.

“Long before the  terrible tragedy of my children’s death, I had gone through experiences that led me to peace activism.” Arfaoui’s mother was a widow at 39 with 6 children. As a child, she had become accustomed to one of her brothers consistently keeping a close eye on  her. “He was always concerned about  where I was going or  what I was  talking about. He even wished that I would stop  receiving  my  education,  but  my mother supported me to continue  it.”

It was not until she began her research in university that Arfaoui delved deeper into social issues affecting minorities around the world, such as the discrimination faced by African American  women. Her professional journey eventually led her to join civil society, where she  founded  and chaired an  organization on  environmental protection and development  for 10 years.  She says, “During this  time,  I attended meetings in downtown Tunis with young, university-educated women from several regions.  I was  inspired  by  listening to them  and  trying to understand how they were feeling. They  were the beginning of  the second feminist movement in Tunisia.”

While Tunisian women were granted the  Code of  Personal  Status, which outlawed polygamy and created a judicial procedure for divorce, they were beginning to see its persistent limitations on their freedom.  For example, in 1989, members of organizations such as The Tunisian Association of Democratic Women,  and  the  Association of Tunisian Women  for  Research  and  Development were frequently surveilled, with police officers waiting outside of their meeting places.

Against this social backdrop, Arfaoui  joined Amnesty International. She connected with  anti-death penalty  organizations  in Morocco and elsewhere, eventually helping found the Tunisian  Coalition Against the Death Penalty.

Arfaoui’s  views on non-violence and the issue of the death penalty are well known, mainly through her publications. However, she continues to confront difficult conversations around topics of justice after violent attacks daily. Following the recent rape and murder of 29-year-old Rahma Lahmar, Arfaoui shares, “Someone said to me, ‘Well  [the]  case  [of your children]  is  different  because the killer did not know who he was killing. But in the case of this girl, he knew her,  kidnapped her,  and killed her with his own hands.’…My point  is  it  is not easy to convince people who are for the death penalty.  When I  discuss  this issue with them,  I  always  say, ‘I understand your point. But you should also listen to other points. Has the death penalty prevented other crimes? Has the death penalty brought the dead back to life?’”

Arfaoui admits that some members of her family, who have also been affected personally by violent extremism, disagree with her stance on the issue. Yet, she remains steadfast in her beliefs, saying, “I  recently told someone, ‘Do you think I forgive the guy who killed my children? No, I will never forgive him! I did  not want to go to court  because  I did  not  want to see him. But I still remain against the death penalty.’”

Arfaoui goes on to describe what kinds of concrete actions she thinks are needed to counter violent extremism. She recently founded the Dali and Senda Association for Peace, in memory of her children, and intends to focus her work on educating mothers and youth. She reflects, “I think  education is  absolutely necessary  for  young people  and  adults. I have come across many stories of individuals who have been radicalized. They know what they are doing  when they go down that path. Parents need to be competent about this issue—especially mothers, who are often responsible for the  socialization of their  children and for keeping their family together.  Radio programs aimed at women who stay at home must be further developed.” Arfaoui is focused on solutions and cites her membership in ICAN’s WASL as being a source of strength and knowledge, as it allows her to connect with other like-minded women peacebuilders globally.

Arfaoui also gains hope and energy from the Tunisian peacebuilders and activists who have emerged since the 2011 Arab Spring and ongoing COVID-19 pandemic. She reflects, “Our feminist movement  has taken  to  the streets every time our rights  have been  threatened,” adding that since the revolution took place, “there has been a sense that we are all equal as Tunisians, despite being from different parts of the country.”  The current pandemic has also given rise to solidarity groups across Tunisia, one of which Arfaoui participated in to help financially support several  West African refugees  impacted by the crisis.

When asked about what advice she has for other peacebuilders who may be discouraged by recurring violence and inequality, Arfaoui underscores the need to speak out, especially against issues such as the use of the death penalty. “The more you act,  and  the more you speak out, the more chances  you have  of reaching people and  other  advocates  who can join you.”

Quotes in this interview have been edited  and condensed  for clarity.