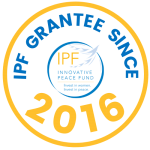 Wi’am, a Palestinian grassroots organization established in 1994, aims to improve community relationships, transform conflicts and promote peaceful dialogue. The organization works to empower youth and women to realize their potential by gaining practical life skills and enhancing their knowledge of civic and legal rights to be a transformational force for political and social change. Wi’am plays a crucial role in their local community by promoting women’s rights, responding to gender-based violence, and conducting advocacy for gender equality through their joint advocacy council network. 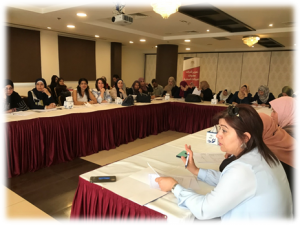 Wi’am conducted workshops for newly elected women council members and other women candidates to enhance their media and communication skills. They were taught how to effectively and efficiently share, spread, and promote a message, idea, or campaign. Wi’am also formed a joint advocacy council network of 15 elected council members and 32 local activists, comprised of both men and women from the West Bank, to discuss the role of women in the local councils, the relationships between men and women within the councils, and the challenges women face regarding decision-making. To complement these efforts, Wi’am organized a TV debate that featured three speakers, two of whom were female council members from their network, to enhance community members’ awareness about the hardships and barriers women face while participating in political decision-making processes.

“It was a unique experience for me. As an elected council member who participated in the study tour to different city councils, I’ve learned more about the experiences of other candidates and other elected members- it was beneficial and exciting”.