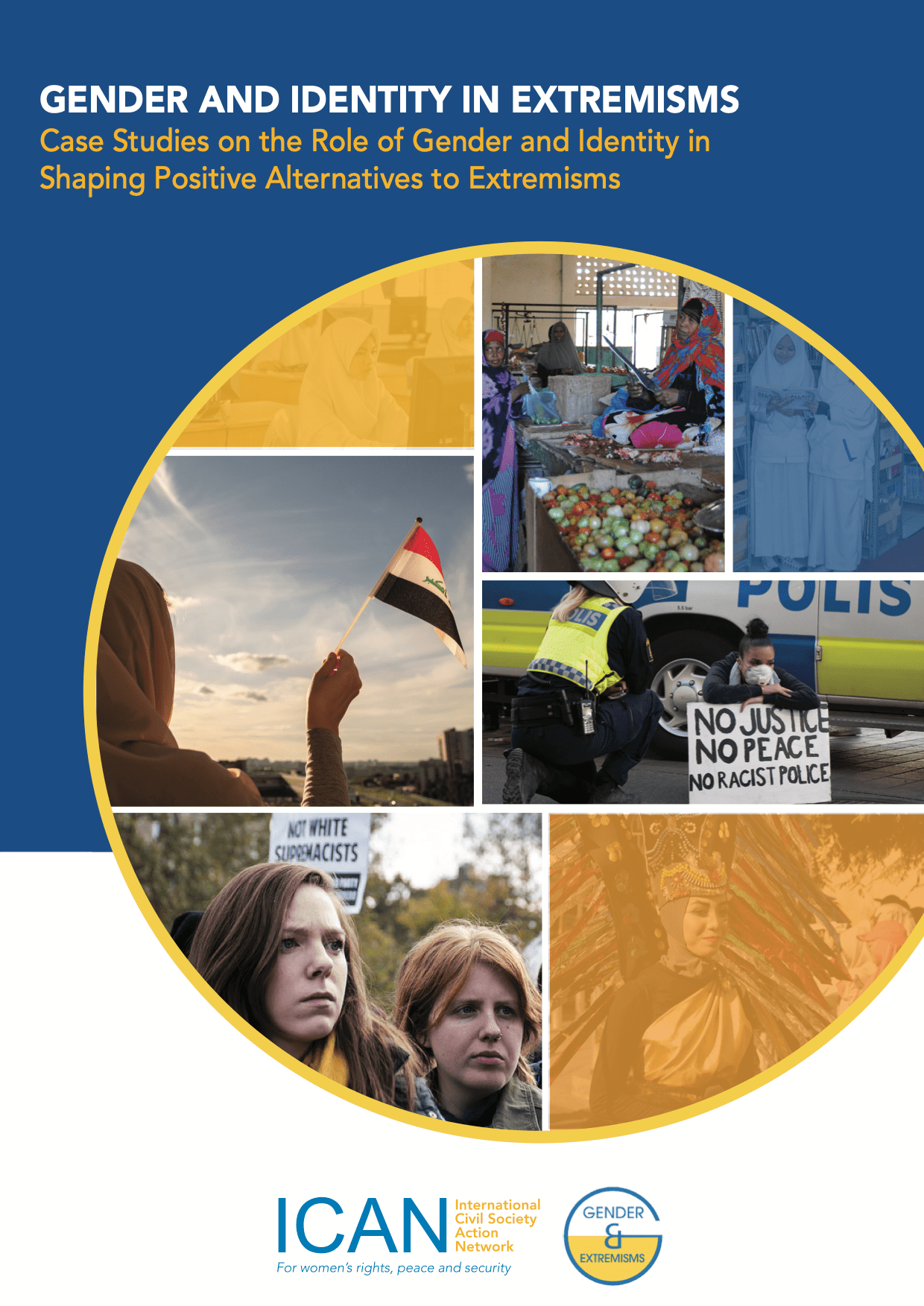 The International Civil Society Action Network (ICAN), with the support of Global Affairs Canada, has developed a set of “Case Studies on the Role of Gender and Identity in Shaping Positive Alternatives to Extremisms,” in Somalia, Sweden, the United States, and Indonesia. The case studies demonstrate how conducting a Gender-Based Analysis Plus (GBA+) improves understanding of the drivers, narratives and roles that engender extremisms and violent extremist activity.  By profiling examples of peacebuilding, deradicalization, reintegration and counternarrative work in four contexts, the case studies emphasize how attention to gender and intersectional identities can improve the effectiveness of interventions to transform extremisms – not only by preventing or countering it, but by providing positive alternatives that enable people to realize a peaceful, pluralistic future.

The case studies cover a number of themes relevant to contemporary preventing/countering violent extremism (P/CVE) and counterterrorism (CT) work, including countering white supremacist extremism, the role of masculinities in recruitment and disengagement, addressing trauma and deploying mental health and psychosocial support (MHPSS) approaches in reintegration and rehabilitation, and work with religious leaders to promote peaceful, pluralistic and gender-just interpretations of religious texts and traditions. The case studies are intended for use by practitioners and policymakers to guide them in conducting a gender analysis and in integrating responsiveness to gender and identity factors in policies and interventions.

Reconstructing Identity: The Role of Gender in Driving and Dismantling White Supremacy in Sweden 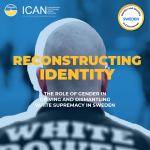 Through its EXIT program, the Swedish Fryshuset Foundation has pioneered a relational and psychological approach to disengagement from white extremist groups. In EXIT’s approach, coaches support clients to build a stable identity outside of extremist ideology and practice, facilitating their reintegration into society. The EXIT program has expanded its impact by integrating a gendered perspective that breaks down the constricting ideas around gender and masculinity internalized by clients during their time in the white extremist movement.

Taking a Gender-based Analysis Plus (GBA+) approach, the case study focuses on the drivers of violent extremism and proposes that creating a society that guarantees peace, pluralism and justice will require both social services and relational support, and complementary state-led interventions that address the structural and political drivers of racism, discrimination, and inequality.

White extremist groups in Sweden have re-entered the spotlight in recent years, encouraged and inspired by the international expansion of white extremist ideology. They continue to organize marches and commit acts of violence. Drivers of violent extremism in Sweden are deeply gendered, as they are everywhere. For men, these may include a sense of “aggrieved entitlement” that draws them to the ideological superiority, camaraderie, and simplified belief systems offered by white extremist groups. Age considerations are equally important: while Swedish young people are perceived as most at-risk of recruitment, this assumption does not hold up to scrutiny.

Agents of Change: Transforming Gender Roles and Extremism in Somalia 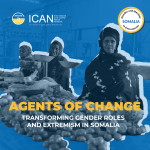 Witness Somalia is a human rights organization that engages and promotes the roles of women and youth in preventing/countering violent extremism. They have broken the secrecy surrounding Al-Shabaab and enabled women, youth, religious leaders, artists, and police officers to come together, share their experiences, and develop messages, campaigns, and community systems that prevent recruitment and help people heal from the impact of violent extremism.

In the 1990s, Somalia endured state collapse and war, caused by post-colonial governance and international economic policies. Somalia’s traditional, clan-based culture suffered severe blows. The resulting corruption and chaos allowed several Islamist extremist groups to gain a foothold, providing alternative governance systems and applying strict Shariah law. The resulting marginalization, lack of opportunity, and exposure to violence for youth and women helped push them to join extremist groups. Since women and youth experience some of the most severe impacts of violent extremism, there is a growing recognition of their critical roles in its prevention. 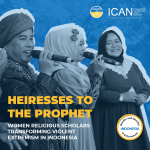 Taking a Gender-based Analysis Plus (GBA+) approach, this case study discusses the narratives promoting and countering violent extremism and terrorism. It focuses on how the women ulama movement’s trust-based relationships, gender-sensitive Islamic perspective and consultative process enables them to deconstruct violent narratives as they pursue gender justice in Indonesia.

Violent extremism in Indonesia is framed by gendered narratives that draw on narrow interpretations of Islam and Qur’anic texts, which are further amplified by social media. This includes extremism among Indonesians who traveled to join the Islamic State in Syria and Iraq. These narratives use conservative gender roles and familial power structures to promote violent extremist ideology among young men and women.

Adjacency to Power: Gender, Trauma, and Violence in White Supremacist Extremism in the United States 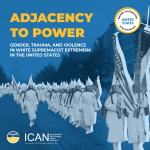 As a former white supremacist, Shannon Foley Martinez has unique insight into the draw of the far-right and uses her experience and knowledge to help others leave the movement. While women are underrepresented in far-right extremist groups, they have always played critical roles and are becoming increasingly visible. The rationale of women who join clearly misogynist movements—whether the Islamic State or the Alt-Right—has often perplexed experts. However, Foley Martinez’s experience illustrates that the complex and gendered power dynamics within these groups can benefit individual women.

Taking a Gender-Based Analysis Plus (GBA+) approach,3 this case study is partially autoethnographic, co-authored by Foley Martinez herself. It focuses on the drivers to violent extremism and terrorism, and the importance of addressing trauma and building interpersonal skills to successfully reintegrate into society after leaving a violent extremist group.

Foley Martinez grew up with no sense of belonging in her family, and experienced sexual violence at a young age. The self-hatred that stemmed from that unresolved trauma found a home in Neo-Nazis’ rhetoric and violence. During her days as a white supremacist, Foley Martinez’s relationships were abusive, and she was exposed to violence by leaders of the group. At the same time, her adjacency to power provided a sense of safety from outsiders. In her current work mentoring people leaving violent white supremacist groups, she emphasizes the importance of identifying and addressing trauma, and developing interpersonal and emotional skills to positively engage with the complex modern world.