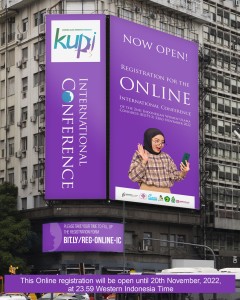 The 2nd Indonesian Women’s Ulama Congress or Kongres Ulama Perempuan Indonesia (KUPI) will be held in Semarang and Jepara, Central Java, Indonesia from November 23 – 26, 2022, co-organized by the Asian Muslim Action Network (AMAN Indonesia), a member of the Women’s Alliance for Security Leadership (WASL).

KUPI is a pioneering effort to organize women ulama (religious scholars), defined by their interpretations of Islam proclaiming gender equality as a foundational basis of Islamic teachings. KUPI serves as a collective, gathering women ulama from diverse institutions and organizations including scholars, educators, activists, and officials, to advocate for gender justice and social justice. AMAN Indonesia is a co-organizer of KUPI and aims to promote gender equality, advocate for the rights of women who have been targets of gender-based violence, and promote the role of women ulama in the prevention of violent extremism.

In 2021, ICAN published a case study, titled Heiresses to the Prophet: Women Religious Scholars Transforming Violent Extremism in Indonesia on the work, strategies and successes of KUPI and AMAN Indonesia as part of our Gender and Identity in Extremisms series. Taking a Gender-based Analysis Plus (GBA+) approach, the case study discusses the narratives promoting and countering violent extremism and terrorism. It focuses on how the women ulama movement’s trust-based relationships, gender-sensitive Islamic perspective and consultative process enables them to deconstruct violent narratives as they pursue gender justice in Indonesia.

Register by November 20 for online participation in selected sessions.