She Builds Peace in Syria: Mobaderoon 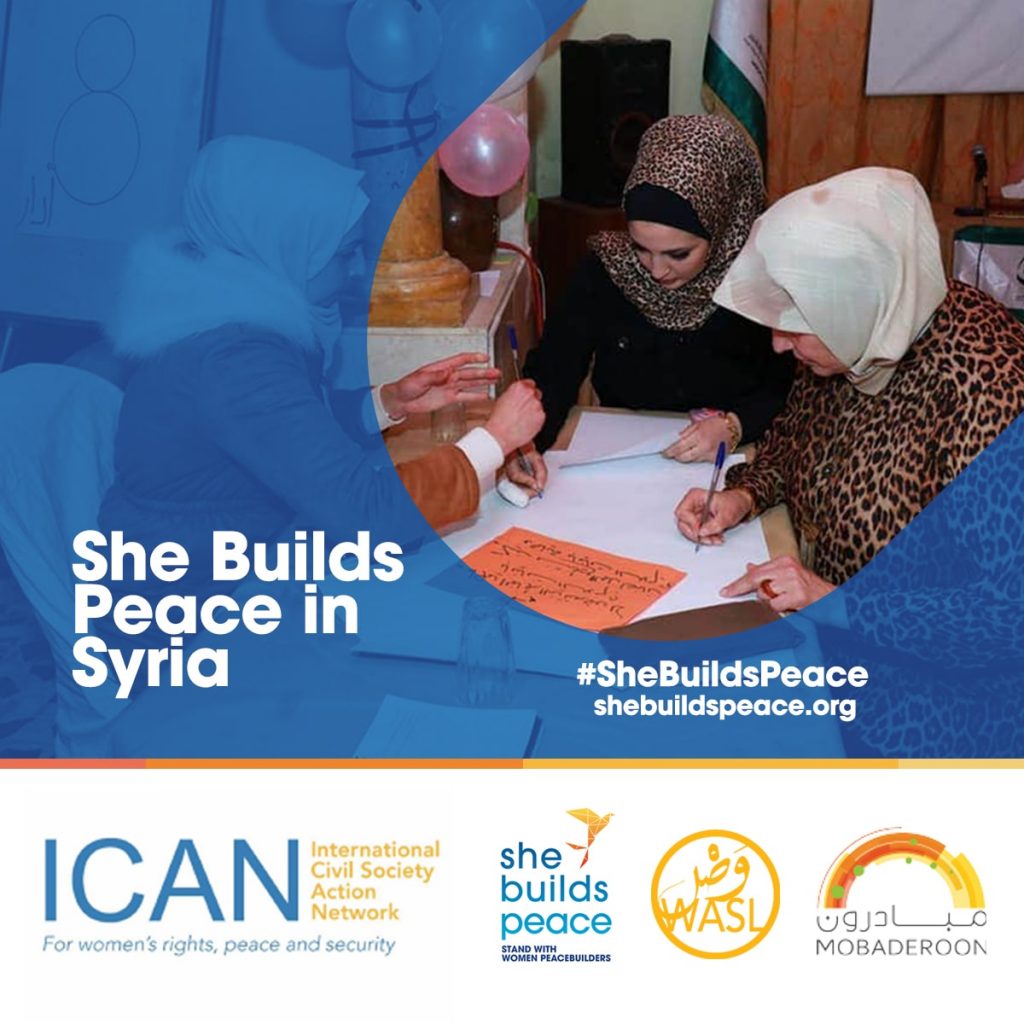 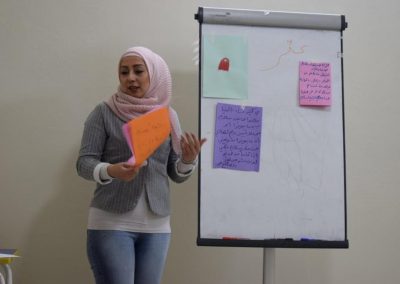 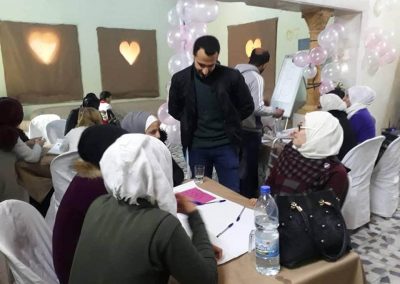 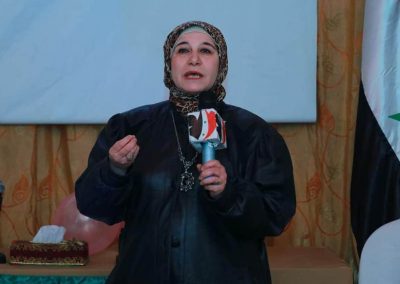 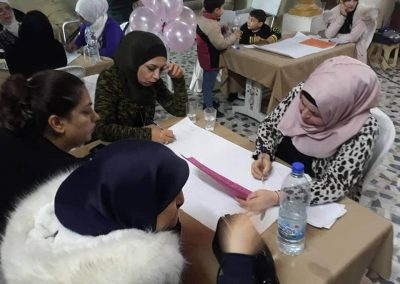 The She Builds Peace campaign launched in Syria with eight local events across the country, supported by Mobaderoon. Four events were held in Damascus, one in Tartous, two in Aleppo, and one in Homs.  Each event was designed to be contextually specific to the community. Its activities ranged from dialogues about women and youth’s roles in peace processes, comics depicting the efforts of women leaders in their communities, to a series of paintings that formed a single composition depicting gender equality. Each participating organization discussed questions related to the four campaign pillars (Safety, Obligation, Appreciation, Resourcing) to encourage participants to think about the peacebuilding roles women currently play. Participants were also encouraged to brainstorm where women’s roles can be increased and how they can strengthen safety, appreciation, and funding for women peacebuilders. Mobaderoon also conducted a social media campaign focusing on the four campaign pillars. 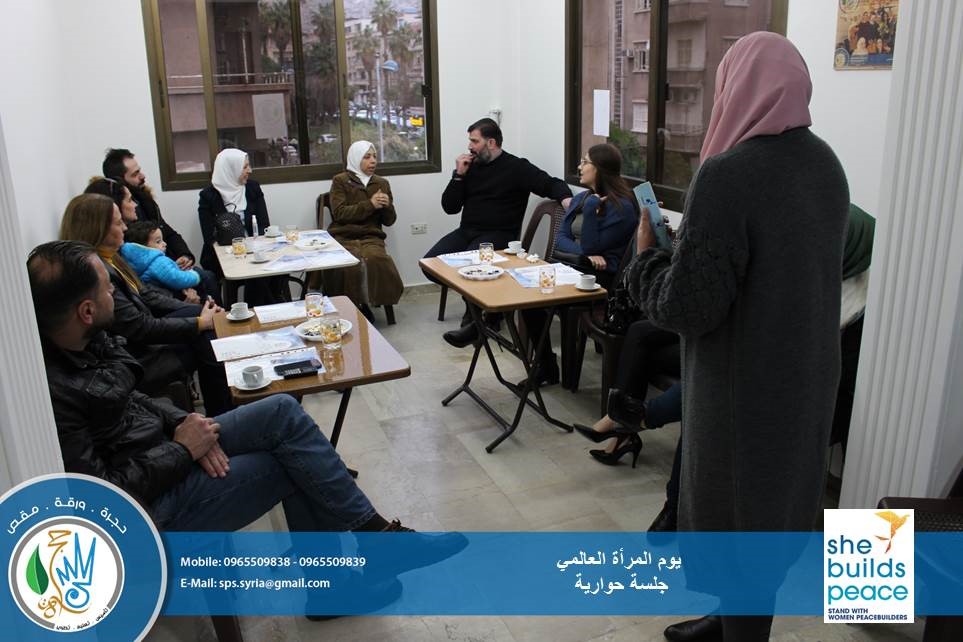 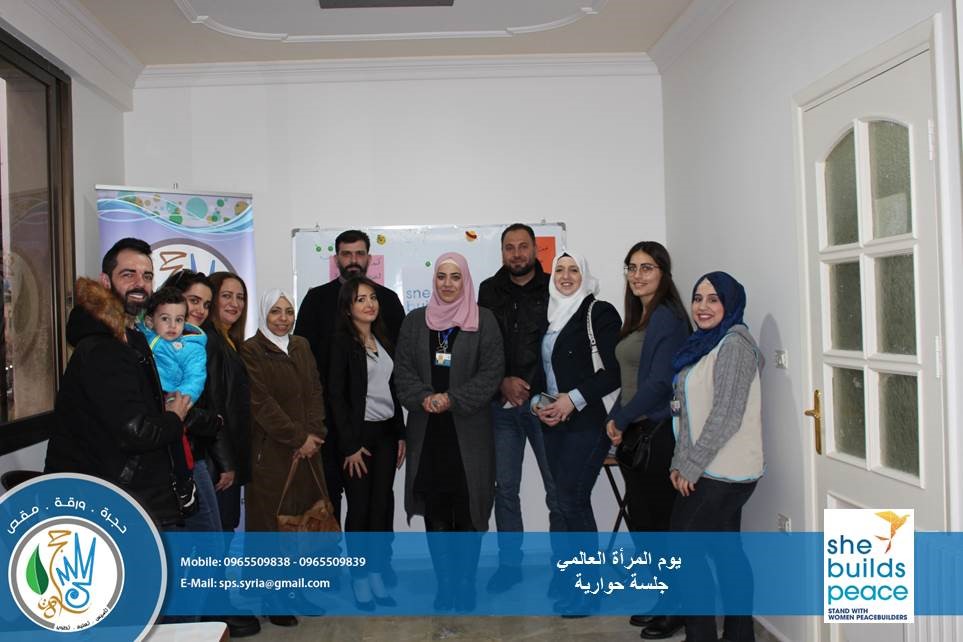